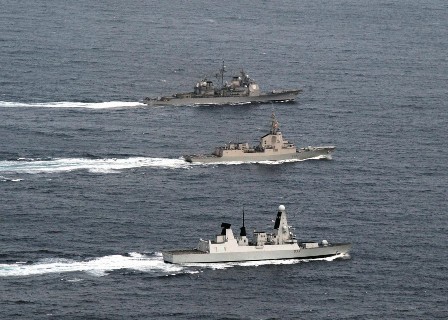 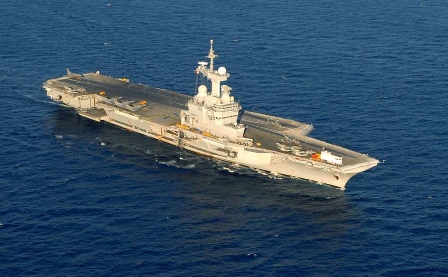 The Marine Nationale (French Navy) strike carrier Charles de Gaulle is at the forefront of combat operations against forces loyal to Colonel Gaddafi. Henri-Pierre Grolleau reports from the French Navy warship as she cruises off Libya. The deployment has demonstrated that when needed, Europe’s super-carrier can deliver the power projection needed, and over an extended period. As the article amply demonstrates the case for strike carriers is exemplified by the French nation’s flagship. 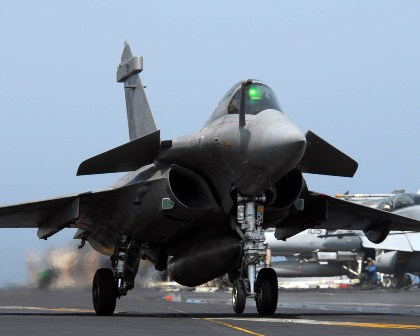 Chief Analyst Usman Ansari examines the contrast in the British and French responses to the situation in Libya. He asks if Britain is in terminal decline as a maritime power, and if a lack of will to arrest the slide to irrelevance ensures it will be forced to play second fiddle to France from now on.

Pictured: A French Navy Rafale strike jet cross-decks on a US Navy carrier in the Arabian Sea. Photo: US Navy.

Charles Strathdee outlines the daring mission that finally killed Osama bin-Laden, cementing the US Navy SEALs’ reputation as one of the world’s premier Special Forces outfits.

Pictured: A Black Hawk carries US Navy SEALs on a mission. Photo: US DoD. 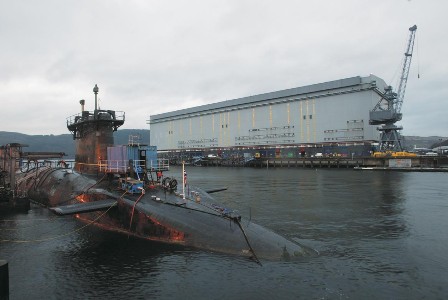 Usman Ansari examines the possible fallout from the victory of the separatist Scottish National Party (SNP) and how this could hit the UK and its Royal Navy, especially in running the Trident nuclear deterrent force.

Dr Dave Sloggett explores one facet of India’s military build-up, namely the rapid expansion of its submarine capability, which is a major counter-measure to Chinese naval expansion.

Pictured: A nuclear-powered attack submarine that India leased off Russia two decades ago. Photo: US DoD. 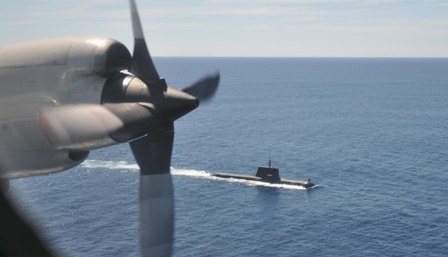 Australia is faced with a requirement to upgrade its submarine force and a need to operate across the vastness of the Pacific. In the second part of an edited version of a report on a recent presentation by three retired Rear Admirals – Andrew Robertson, David Holthouse (Australia) and Chris Wood (UK) – the issues of the Royal Australian Navy (RAN) going nuclear are considered.

Pictured: One of the current generation Collins Class submarines of the RAN at sea. Photo: US Navy.

WHY WAS THE BISMARCK ACTION IGNORED? 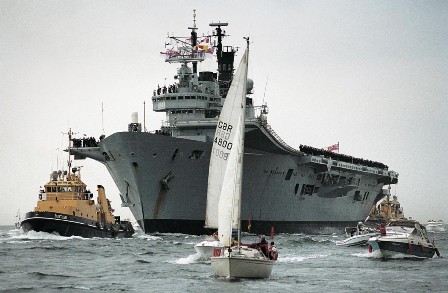 WARSHIPS IFR Editor Iain Ballantyne ponders the reasons behind a lack of national events to mark the 70th anniversary of the Bismarck Action. It is an episode that resonates strongly in the present, especially in light of American and British leaders affirming their commitment to the so-called ‘Special Relationship’, which might never have been established, had the Royal Navy failed to sink Bismarck.

Pictured: The most recent Ark Royal returns in triumph to Portsmouth from her key role in the 2003 Iraq War – her predecessor took part in the Bismarck Action. Photo: Jonathan Eastland/AJAX.