And much much more! 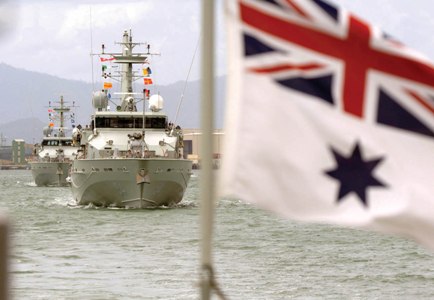 Armidale Patrol Boats of the Royal Australian Navy exit HMAS Cairns, a base that is profiled in our April 2014 edition. Photo: RAN.