You And Whose Navy Prime Minister? 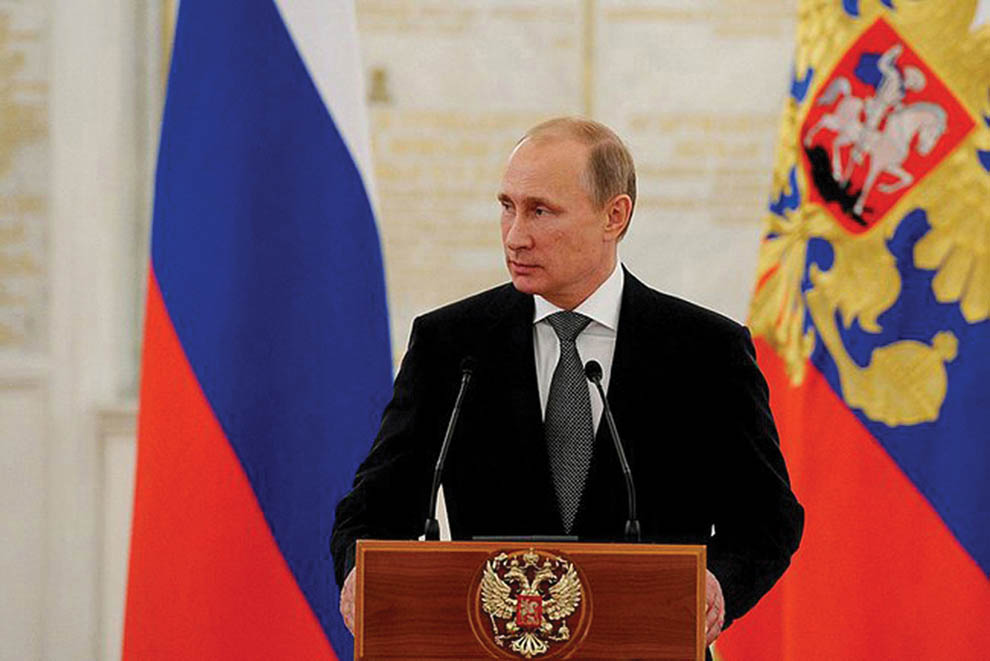 “A fleet of British ships of war are the best negotiators in Europe” is a saying frequently attributed to Vice Admiral Lord Nelson. Probably its origin is older, going back at least as far as Oliver Cromwell who laid down the dictum that a man-of-war is the best ambassador.

Cromwell, a soldier, knew his business and appreciated the importance of a strong navy to promote and defend national interests. When he thought that his navy’s leadership was lacking he sent one of his best generals, Robert Blake, to command the fleet. General-at-sea Blake (he never called himself ‘admiral’) became the founder of British naval supremacy, which endured for four centuries and into the 20th Century. He was very much admired by Nelson himself.

It was a lesson well known in the Soviet Union during the Cold War, when the Russian Navy under the leadership of Fleet Admiral Sergey Gorshkov developed a global oceangoing capability. Gorshkov deployed his ships to influence events around the world, seeing them as the perfect expression of the Kremlin’s political will and buttressing the Soviet state’s fundamental values and ideology.

Today President Vladimir Putin shows that he has not forgotten this lesson. When he was in Australia for the recent G20 Summit he chose to remind his hosts and fellow leaders of the world’s most powerful economies that warships are still powerful ambassadors, for a task group of Russian naval vessels caused a real stir by operating close to Australia. Shortly afterwards Putin remarked: “You can get a lot more done with weapons and politeness than you can with politeness alone.”

RFS Varyag, flagship of the Russian task group that sailed close to Australia, may be more than 30-years-old, but the point was not lost on anyone that it was gunboat diplomacy in its most basic incarnation. Putin deployed his fleet into those waters at the very time when he knew he would be criticised by some G20 leaders for Russian intervention in Ukraine – into which he has sent tanks, artillery and troops to support rebels.

The international community is also wary of muscle flexing elsewhere on the borders of Russia, especially in the Baltic. Russian muscle flexing takes other forms too, such as unscheduled military flights through European airspace and probable clandestine penetrations by mini submarines into the Swedish archipelago.

The Americans too, have shown that they understand Cromwell’s dictum. Within a very few years of the founding of the USA in the late 18th Century, they sent ships of their then tiny navy to the Mediterranean in order to safeguard American interests and influence events in their favour. Today the USA is the world’s one true superpower and the President does not have to worry about backing his words with a display of military power.

The first question that any President is said to ask when briefed about a new world crisis is: “Where is the carrier?” The US Navy, bearing in mind it is always doing its business in great waters in some force (especially in Asia Pacific) will have had a number of vessels within striking distance of Australia to protect President Obama and underscore US interests during the G20 Summit. Indeed there are always naval units close at hand whenever POTUS is on his travels, even when he visits the UK, which is surely the staunchest friend of the USA. A US Navy nuclear-powered attack submarine called at an Australian port just days before the G20 Summit began and was no doubt nearby for its duration.

Cromwell’s wise words have, however, possibly been lost on Prime Minister David Cameron. He derided President Putin’s naval forces operating off Australia in superior head prefect style. “I didn’t feel it necessary to bring a warship myself to keep myself safe at this G20,” ventured Cameron sarcastically, “and I’m sure that Putin won’t be in any danger.”

Cameron also described the Russian Navy’s presence as an attempt to project what he called “international machismo.” More truthfully, Cameron likely didn’t have a warship to bring, for he now presides over a disastrous state of affairs in which the Royal Navy is constructing massive new carriers while some current units are either in a poor state of repair, or have no people to operate them, while what can be deployed is overworked. Even before the coalition took power, in a much safer world, the Royal Navy was battered and too small for its commitments.

The current British government has foolishly cut away important capabilities and units, discarding thousands of highly skilled and experienced sailors and marines into the bargain (and all at huge expense to the British taxpayer in the end).

It is not surprising that Putin was unimpressed and unafraid when Cameron tried to use a meeting to warn him that Russia risked an intensification of sanctions if it continued flexing military muscle in Ukraine. Under the coalition government led by Cameron the UK’s armed forces have across the board declined drastically.

It has been a matter of choice by the current UK government. British forces have fallen so far that the decline will soon become a collapse. The facts are there for all to see. Britain’s navy has a mere 29 significant warships, which it is claimed by some well-placed sources are now suffering a range of technical faults, induced in equal measure by age and by novelty.

The RAF’s stocks of weapons were exhausted by the brief bombing campaign in Libya in 2011 and its primary strike jet is a Cold War relic. The Army may be incapable of mounting another major land campaign (while there are possibly more British Muslims in ISIS than there are in the UK’s military).

Taken together the British armed forces barely exceed the size of the US Marine Corps. The tanks and Warrior APCs that the government boasted about sending on exercise in Poland in November to deter Russia had to be dragged out of mothballs and were small in number, certainly nothing for the massive Russian Army to worry about.

For many decades the USA and Britain have cooperated closely in matters of defence and security. Now Britain’s standing as an ally of the US and in the world at large is deteriorating rapidly. This is clearly linked to the qualitative and quantitative decline in Britain’s armed forces. Successive defence reviews over the past half century, mostly by Conservative governments (though Labour has done its share of serious damage, too) have steadily and repeatedly cut British armed forces. This despite the fact that, since the 1990s, the UK fleet has fallen in size by about three-quarters while British GDP has grown by nearly half as much again.

Whoever is the next British Prime Minister, these cuts must be reversed for we are heading into a new era of gathering (potentially existential) threats to Britain and its allies, and their interests, across the globe.

Unfortunately the career politicians populating the British political classes of today lack the foresight and courage to do so. Their preferred method of reacting to events is to panic in the wake of disaster, by which time of course other people have paid in blood and treasure for their errors while the nation is plunged ever deeper into peril.

A US Navy cruiser (background) and a RN frigate working together on the front line in Middle East waters.