WHY THE RN DOESN’T NEED A ROYAL YACHT DUTY

Back in the day who among those who had the honour of sailing aboard warships in company with the Royal Yacht Britannia could not but admire her beauty and feel huge pride at being chosen to protect the Sovereign. But that was then and this is now. The Royal Navy of today is a shadow of its former self. Twenty or so years ago it had enough warships and people to handle the supreme honour of riding shotgun on Britannia.

In 1992 the Royal Navy had 13 destroyers and 37 frigates and 63,000 personnel. Today the RN has 17 operational destroyers and frigates, just over half the number of people and is struggling already to find enough people and ships to handle present and future tasks.

The old Royal Yacht Britannia (retired in 1997) required a complement of 250 and also a dedicated frigate as escort. That was in times when a potential threat to shipping from Al-Qaeda or ISIL did not exist. Britannia also had a protection team of Royal Marines and required a helicopter to be on hand. That all added up to another 400 (or more) people.

Do you think any of those advocating the resuscitation of the old Royal Yacht – currently a museum ship at Leith on the Forth – or construction of a new vessel ponder the full scale of what they are asking?

Bringing the 62-year-old Britannia back into service would require many millions of pounds for reconstruction to make her meet modern environmental safety requirements and also new propulsion (electric rather than steam). Even if a brand new vessel were constructed – all with the aim of becoming a flagship for post-Brexit Britain to drum up global trade – the idea of using scarce defence funds to build her would be an outrage.

Daring Class (Type 45) destroyers have to wait years for the money to pay for their own new propulsion upgrades, while there is neither the money or the people to run assault ships Albion and Bulwark at the same time. There are only an average of six frigates and destroyers on deployment safeguarding British interests, trade and citizens globally at any one time – not forgetting counter-piracy, anti-terrorism and facing down the Russians.

The idea of devoting one of them to babysitting a Royal Yacht is ludicrous. With no slack to spare, overstretch of ships and people has been a fact of life for years. Only a generation of politicians who have allowed the Royal Navy to decline precipitously over the past two decades with barely a murmur of protest could start waxing lyrical about new Royal Yachts. They have allowed the main guarantor of protection for 95 per cent of British trade that goes by sea to wither away.

Yet, when it looks like there may be a few votes in a new Royal Yacht, up they pop. Where were these people when successive cuts in RN warship numbers undermined the very basis of secure trade for the UK?

There have been suggestions a new Royal Yacht can be built with private money, providing work for British shipyards, which is all well and good. Scottish shipyards are currently constructing three Offshore Patrol Vessels (OPVs) as a job preservation project to ensure the skills are there when the Type 26 frigate programme finally gets under way. Are the Royal Yacht advocates suggesting that vessel should take precedence over the warships? 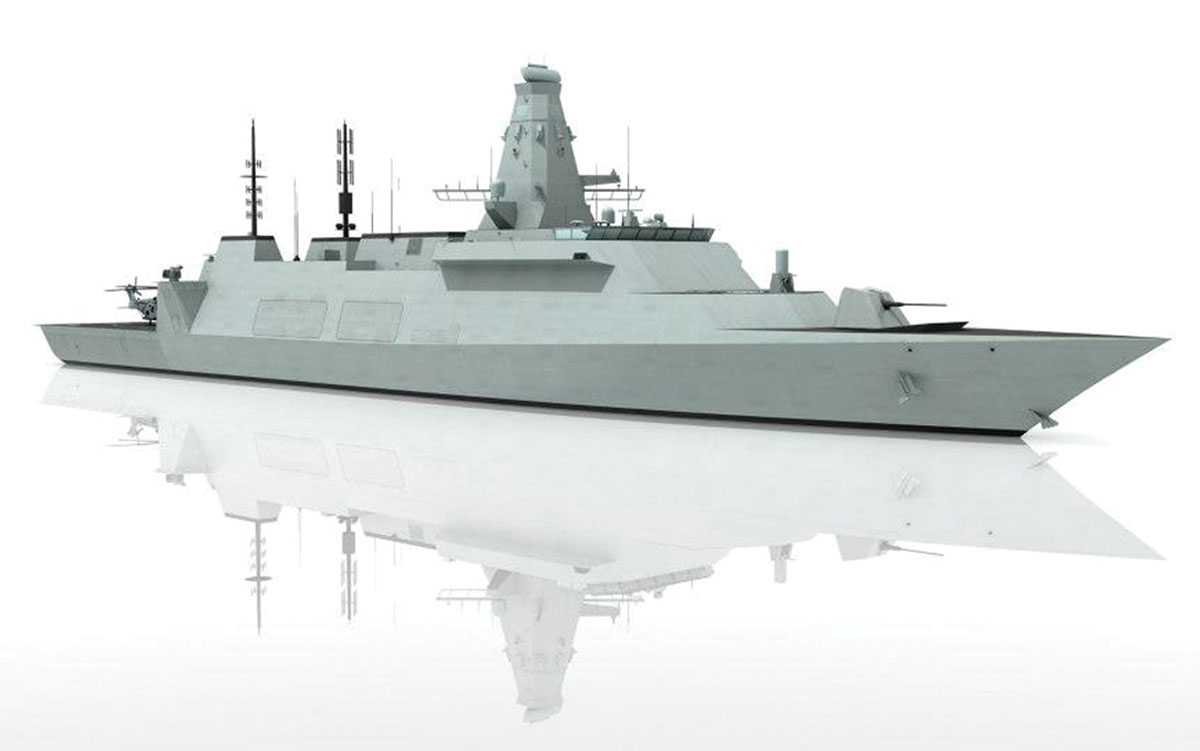 The Royal Navy also needs a new battle damage repair ship, but currently there are no plans to buy one while the order for new Type 26 frigates has been reduced by five vessels, to just eight. They will not even replace the Type 23 frigates on a one-for-one basis. If a new Royal Yacht could be dual purpose, so that she could serve as a hospital ship, for example, might that help justify her?

During the 1982 Falklands War HMY Britannia was not allowed to perform that secondary duty. It angered a lot of people in the Navy who were going off to possibly die in defence of the realm. Perhaps the Merchant Navy rather than the Royal Navy could operate a private Royal Yacht, but she would still be a prime target (whether carrying Royals or not). She would still require protection by the Navy.

Odin considers the proposal for a new Royal Yacht and the enthusiasm for it by certain politicians and others a gross insult to the hard-working Royal Navy. It is expected to make and mend, to send warships approaching their sell-by-date to face danger with some of their systems potentially not fully operational (or fully modern) – and with possibly not a full outfit of weaponry. What the Royal Navy and the UK needs is not a new Royal Yacht, but a properly funded Fleet with more of Her Majesty’s Warships.

It also needs a boost in recruitment so that it doesn’t have to send Royal Marine cooks to serve in its massive new aircraft carriers or borrow engineers from foreign navies. Britain needs a new Royal Navy. As for a new Royal Yacht…you must be kidding.

Back in the day who among those who had the honour of sailing aboard warships in company with the Royal Yacht Britannia could not but ...