WAR ON THE PEOPLE TRAFFICKERS

Dr Dave Sloggett and Iain Ballantyne report on the formation of a new naval force tasked with disrupting and destroying people trafficking networks in the Mediterranean. 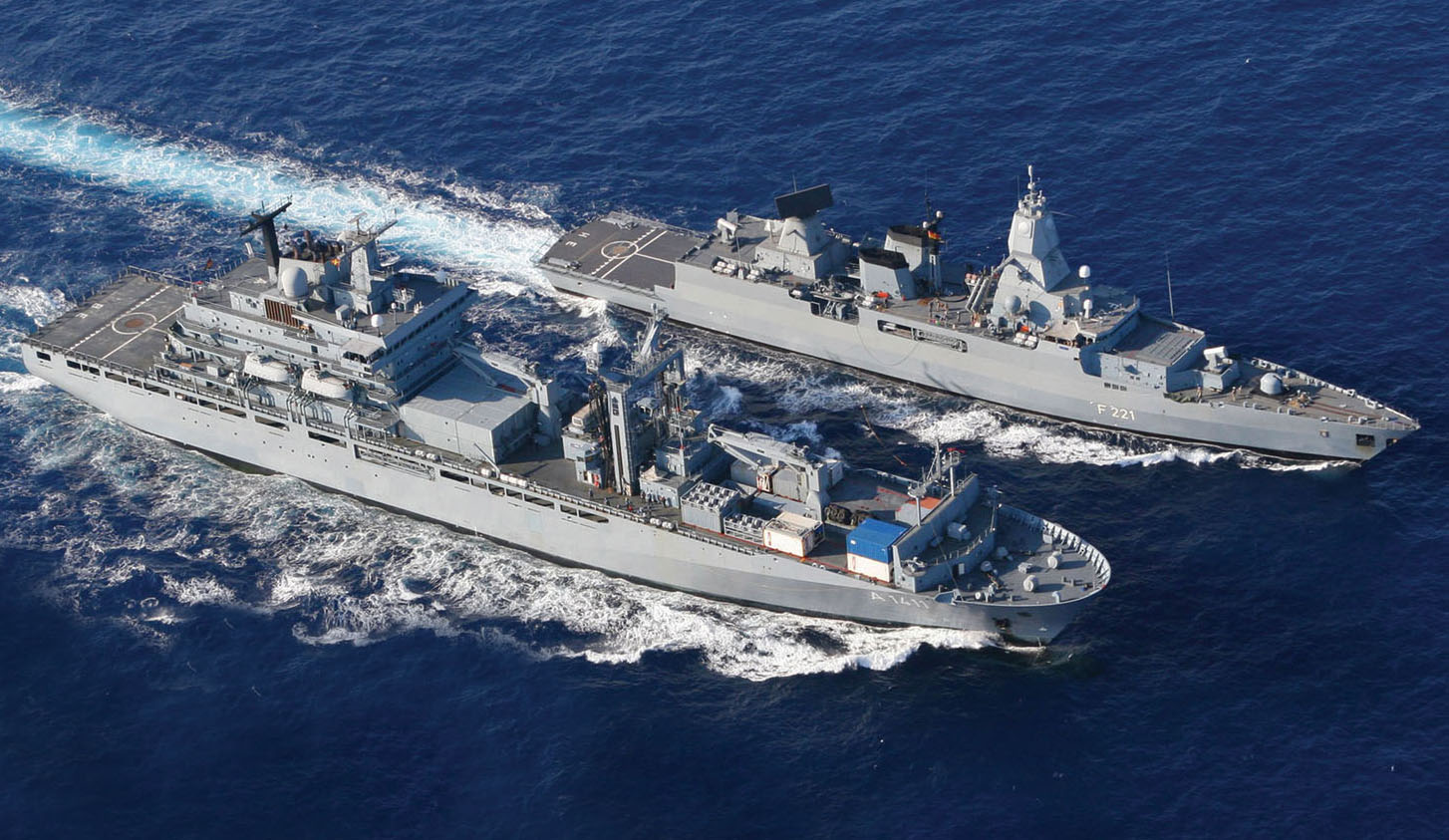 As declarations of serious intent to take military action go, it was couched in the terms you might expect from a committee. In the middle of May the Council of the European Union (EU) revealed it had ordered establishment of a new force, named EU Naval Force Mediterranean (EUNAVFOR Med). It has the specific objective of setting out to ‘break the business model of smugglers and traffickers of people in the Mediterranean’ (as an official statement put it).

Depicted as ‘one element of the comprehensive EU response to the migration challenge’ the EU Council suggested it would ‘enable the formal start of the operational planning for the naval operation.’ The details of how exactly the action will unfold were to be discussed in June at the EU’s Foreign Affairs Council.

With its business conducted incrementally, and at all times ensuring it remains within international law, EUNAVFOR Med has already begun reconnaissance and other intelligence-gathering, aiming to create as full a picture as possible of what the EU Council terms ‘human smuggling and trafficking networks in the Southern Central Mediterranean.’

Once this is done, and with full EU blessing for subsequent phases of the operation, the new force will ‘work to search, seize and disrupt the assets of smugglers, based on international law and in partnership with Libyan authorities.’

With a headquarters in Rome, and the Italian Navy’s Rear Admiral Enrico Credendino appointed Operation Commander, EUNAVFOR Med will have a mandate to conduct operations for a year.

The immediate objective during missions will be the saving of migrants’ lives and addressing what the EU terms ‘emergency situations’. Beyond that it will seek to ‘tackle the root causes of irregular migration as requested by the European Council.’

The EU is cautiously trying to conjure up a way forward that will save life, having previously been accused of inadequate measures, which have allegedly cost hundreds of lives, while destroying the criminal networks exploiting the dreams of migrants for a better life.

To interdict vessels in the Libyan coastal zone – the main focus of the effort – will require close cooperation with the Libyan Coastguard Service (LCS). Despite the anarchic situation on the land, the LCS is at least still able to conduct limited patrolling, which will assist the new European force.

The LCS has legal authority to arrest the migrants – and those taking them to sea – while they are in Libyan territorial waters. Action along the coastline to destroy the boats, before they can be filled with people and launched into the sea, will also surely be an objective.

The German Navy has already been instructed to destroy any migrant boats found at sea once the people aboard them have been rescued. Since May 5 the frigate Hessen and support ship Berlin have sunk at least four inflatable vessels and one made of wood.

The Royal Navy announced it would replace the Landing Platform Dock (LPD) HMS Bulwark on the migrant patrol with the auxiliary landing ship RFA Lyme Bay and three offshore patrol craft. Bulwark had already, in a few weeks, rescued several hundred migrants. The ability to host three Merlin helicopters and around 200 Royal Marine Commandos aboard RFA Lyme Bay will prove invaluable, not only in rescuing people but also conducting other operations along the North African coastline if deemed necessary.

The challenge ahead will be considerable for the naval units of Spain, Germany, Italy, France and the United Kingdom – the likely core members of EUNAVFOR Med. They will be attempting to police 1,700 kilometres of Libyan coastline. It is the longest of any North African country bordering the Mediterranean and wide open to exploitation by people smugglers taking advantage of the parlous security situation ashore.

Off North Africa few natural chokepoints exist where tightly focussed military activity can be carried out against the smugglers, as was possible in the counter-piracy campaign off the Horn of Africa. For a start warships could place themselves in the vicinity of merchant vessels and wait for the pirates to make attempted hijackings, whereas people traffickers are all about disappearing into the Med and making an unobserved crossing to land people (or abandon them to their fate) along and off the southern coast of Europe.

Aside from projecting carefully calibrated military power inland – potentially using Special Forces to observe routes being used by the smugglers and destroy craft on the beaches – EUNAVFOR Med will have to conduct interdictions in the littoral.

Surveillance drones may be used to build up a picture of what is happening along the coastline on a minute-by-minute basis, enabling naval fast response units to act before boats are loaded and set off into the Libyan territorial waters.

Ideally, places where boats are purchased and initially rigged for the journey should be the subject of overt surveillance and then action by air strikes, or even by naval gunfire where risks to innocent civilians can be avoided. Once at sea the nature of the problem changes significantly. While vessels are within Libyan coastal waters there is the opportunity to arrest and repatriate the migrants.

However, once outside that area the emphasis has to change into rescuing those at sea and arresting anyone connected with the trafficking networks, such as the crews of the vessels. It is a far from straightforward task and not, as some observers have suggested, a question of making minor modifications to EUNAVFOR’s Operation ATALANTA mission that provided maritime security off the coast of Somalia.

The German frigate Hessen conducts a Replenishment-at-Sea with the fleet tanker Berlin. They are both currently deployed to the Mediterranean where they have rescued migrants and destroyed traffickers’ boats.

EUROPE’S MIGRANT CRISIS IN THE MED: OUR BRETHEREN’S SHIELD IN DANGER’S HOUR?