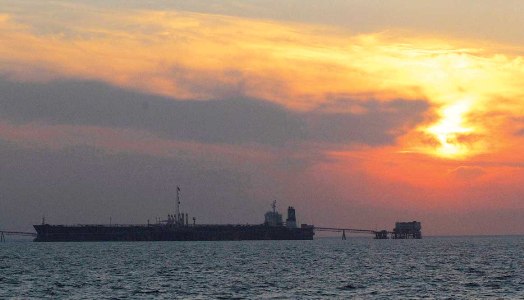 At one stage this March Britain’s gas supplies fell to as little as two days’ worth as the nation awaited replenishment via a Liquefied Natural Gas (LNG) carrier on its way by sea from Qatar.

LNG and such means of importation meet forty per cent of Britain’s energy needs and, yes, demand was very heavy due to an extended severe cold spell stretching into what in the UK passes for spring. The figures are complex, but Britain uses slightly more gas than coal, with 15 per cent of its energy needs met by nuclear and the rest ‘renewable’ or imported energy. Under the so-called ‘dash for gas’ older coal-fired plants are being closed down without replacement and the balance of energy production is shifting markedly towards gas-powered plants. In last month’s crisis, emergency powers to cut gas supplies to industry and redirect it to consumers, were not, in the end, needed.

A spokesperson for the UK’s Office of the Gas and Electricity Markets (Ofgem) said: “While gas supplies are tight at the moment and there is no room for complacency…the National Grid has many tools to manage the system and to prevent householders’ supplies from being disrupted.” However, the largest consumers of energy are transport and homes, so the consequences of actually running out of gas (for the general population) hardly bear thinking about.

Not even weeks of prolonged gale-force winds could drive enough wind farms to make up the difference (and anyway the target for renewable energy is only ten per cent by the middle of the decade). Added to which, the UK’s nuclear policy is in disarray, with all but one existing nuclear plant due to be taken out of service within ten years and the government’s ambition to have five new nuclear stations up and running by 2025 looks set to be unrealised. The earliest there will be a new nuclear power station is 2030.

So, in the short to medium term, Britain is dependent upon a fleet of tankers carrying LNG from the turbulent Gulf around Africa to a storage depot in Wales. Whether the answer to Britain’s energy needs is ‘green’ or not, whether there is or is not such a thing as ‘climate change’, the UK has a huge problem. Government ministers have rushed to reassure the nation that there is no danger of shortages with one saying: “The UK’s gas needs continue to be met. We get our supplies from a diverse range of sources and the market is proving highly responsive to the UK’s needs.”

The shutdown of a gas pipeline from the continent after a component failure did nothing for government energy ministers’ nerves. Europe is dependent upon Russian energy supplies, and we have seen how the Kremlin in arguments with its neighbours (such as the Ukraine and the Baltic States) has used its control of gas fields and pipelines to bully politicians into being more pliable to its needs. Britain is, of course, at the mercy of a supply line stretching all the way from Qatar to its LNG terminal at Milford Haven (more than 3,000 sea miles, or longer if you go around Africa). A core problem is that Britain’s strategic reserve of gas is limited to 15 days (it is 100 days in France and Germany). Additional storage must be created, through financial incentives and through planning permissions for more sites.

One way would be to station loaded tankers at sea off Britain (short term), or to pump the gas into undersea stores (medium term). Both means of delivery and storage will need to be safeguarded against terrorist attack. Fortunately an alternative means of accessing energy reserves may be available, and that is via fracking, which must be allowed, whether in Blackpool Bay or on the South Downs. And while Britain is dependent on a train of LNG carriers, which stretch from Qatar to Milford Haven, then the sea lanes too must be made safe. To ensure the UK’s strategically important supply is not cut, Britain needs peace and security in the waters of the Middle East and the Gulf, plus off Africa, something which ultimately can only be guaranteed in times of crisis by its armed forces, and especially the Royal Navy.

Of course, the Cameron government famously decided to discard the world’s most effective Maritime Patrol Aircraft (MPA), the Nimrod MRA4, which has the range on its own tanks to patrol over sea lanes all the way from Qatar to the UK. It has also discarded too many frigates and also cut back assault ships, and axed all but one of Britain’s Invincible Class ships.

Such platforms not only carry their own sensors, Rhibs and weaponry to safeguard LNG supplies but can also launch helicopters. However, with only 13 frigates and six destroyers, all heavily tasked in the Gulf, off East Africa and elsewhere, already there is no spare capacity in either ships, aircraft or people to mount a constant over-watch on the LNG carriers.

When you consider that 95 per cent of all UK trade goes via ships and that the country will import 80 per cent of its gas by 2020 and 61 per cent of its oil, the decline of the Royal Navy’s critical mass (as we tirelessly point out) is an act of true strategic folly, with both Labour and Coalition governments to blame.

Pirates who in the Arabian Sea and off West Africa have grown increasingly sophisticated in their attacks will be on the lookout for vessels to hijack, such as LNG carriers. Terrorists will also have taken note of the UK’s energy Achilles heel. What would the ransom be for a fully loaded LNG tanker, which had been captured by pirates or terrorists – maybe one still underway and en route to the UK? And how would anyone tackle such a monster to stop it being used as a massive bomb? Britain needs its own answers to these questions.

The first aim of government must be stability and security at home. In matters of energy, the security of gas supplies in the Indian Ocean may appear to be a remote, overseas concern. Actually, it is a matter of home defence. Conflicts of choice like the Gulf Wars and Afghanistan can be shrugged off, but the implosion of the UK economy, social chaos, deprivation, risk of disorder and death posed by running out of gas must be countered. And the UK cannot rely on allies, who have their own problems and their own budgets cuts to find. In many cases they have better, more developed energy policies than the UK’s.

In a crisis the French military – which Prime Minister Cameron stated in 2010 would be able to fill UK capability gaps such as MPAs and aircraft carriers – will be tasked with sorting out its own national priorities. The French government is also inflicting severe defence cuts that will make the Marine Nationale possibly less able to defend France’s shores and energy supplies. The Americans have their own political impasse provoking a defence cuts time bomb that has already seen a number of key naval units not deployed to save money. The long-term presence of the US Navy around the globe, enforcing the Pax Americana so necessary to the safe flow of trade (and energy supplies) may also be in doubt.

Mr Cameron need not look to the USA to protect LNG carriers bound for the UK if the Americans do not have the funds to deploy vessels to safeguard their own strategic interests. It is clear that Britain will need a strong, flexible, deployable military to backup its energy policy for decades to come, with the frigates, aircraft, submarines, carriers and, above all, highly-trained and motivated people to watch over LNG ships.

At present it is doubtful the much-reduced Royal Navy has the numbers of people or units to handle such a task on top of everything else. The blame for that lies firmly at the doorstep of politicians who have set the national priorities and, it could be argued, got them wrong on so many counts, not least defence and energy.

Such a navy takes time to grow and mature. Sadly, recent UK governments have invested neither the energy, the naval intellect nor funds to do so, but instead have wrecked a once finely balanced fleet.

Pictured above: A tanker fills up at a terminal in the Gulf. Photo: ADF.

AUSSIE AND UK FRIGATES (and Possibly even Submarines?)