The Royal Navy: AT THE HEART OF THE NATION? 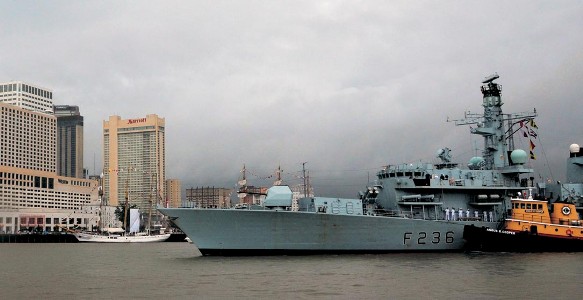 Francis Beaufort ponders the question by looking at two recent efforts to stir the debate and a forthcoming attempt to broaden our understanding of the issue.

The Navy and the Nation. It has a good ring to it, doesn’t it? They are one and the same are they not? These days it hardly seems so and the evidence is all around you, whether it is the sidelining of naval literature in the UK’s only major bookshop chain (to a minor presence on the shelves in comparison to air force and army works), or the recurring lack of mature debate and understanding of naval affairs in the national media. Finding someone who speaks up confidently and with assurance about the Navy and the Nation is not easy. Recently, at the National Museum of the Royal Navy in Portsmouth, there were two major conferences. In late May we had the ‘Falklands War Thirty Years On’, which was reported on by our Associate Editor in the last edition. The other, held a month earlier, featured an interesting keynote speech by the out-going First Sea Lord, Admiral Sir Mark Stanhope.

He kicked off his speech – and the loftily titled ‘The Navy is the Nation Conference’ – with some cheesy jokes about British Seapower, which we will not repeat here, but then he moved on to safer ground. Touching on the ‘UK is Sea Blind’ theme, Admiral Stanhope said it was a valid concern. He noted that a major reason for this may be that we are currently inhabiting a moment in British national history in which the numbers of those “working on and living from the sea” constitute the smallest ever “proportion of our population.” Admiral Stanhope is a reasonable man, and he wondered also if the problem might be the other way around. He acknowledged, “there are some who would argue – perhaps a little unfairly – that we are a ‘nation-blind Navy’.”

He told his audience of academics, naval officers and others: “We like to think that the Navy is a reflection of the society it seeks to defend. In terms of values – the rule of law, democracy, free speech, tolerance and human rights – that might be true. But in terms of whether today’s Royal Navy is representative of society, there is – despite considerable efforts and determination – still some way for us to go.”

This was refreshingly honest, but rather than identify the Nation as a whole has a problem relating to the Navy, he suggested a major part of it may be that the RN is too white, Anglo-Saxon and male.

“Whilst around nine per cent of the UK’s population come from ethnic minorities, only two per cent of Naval Service recruits are from such a background,” explained Admiral Stanhope. “And last year only six per cent of our recruits were women. So if the Navy is to truly engage with the very society whose honour and values it seeks to uphold, the Navy – as well as the Nation – needs to maintain its focus on such issues. I can assure you it will.”

Admiral Stanhope said with invigorating confidence: “When all is said and done, the Navy and Nation are inextricably linked. Just as trains are [tied] to timetables and Wimbledon is [linked] to [the fortunes of the] weather, so the Nation and Navy have long been forged together because this island nation has always depended on maritime power to underwrite its security and, importantly, its prosperity.”

Even better than that, maintained Admiral Stanhope, “the Royal Navy is part of the face of the nation – an expression of our maritime nation’s character. Its outward-looking view of the world, its global ambition, and its confidence are, in many ways, defined by the British maritime power invested in the Royal Navy’s capabilities – its platforms and of course its people.”

The use of the word ‘platforms’ for ships was not a great way of keeping things accessible for Joe Public, but things picked up when Admiral Stanhope explained, “the size and capability of the Navy is a barometer of national ambition.” He then made the point that “as one of the most powerful navies in the world – still – that certainly makes for a ‘set fair’ barometric pressure reading.” A very positive and upbeat message, touching on sacred tenets that all who believe in the Royal Navy as essential to the well being of the Nation would be sure to applaud.

In the Foreword to Nick Childs excellent new book, ‘Britain’s Future Navy’ one of Admiral Stanhope’s predecessors as First Sea Lord, Admiral Sir Jock Slater, paints a less upbeat portrait. He tells a sorry tale of British politicians foolishly discarding key elements of the Royal Navy and leaving it a shadow of its former self. Describing the 2010 Strategic Defence and Security Review (SDSR) as ‘rushed’, Admiral Slater writes: ‘Little serious attention was paid to the strategic aspects and a detailed analysis of Britain’s place in the world and what military capability was needed to support it was sadly lacking.’ He maintains it was nothing more than a ‘cost-cutting exercise’. Having played a key role in defining the new expeditionary-led British defence strategy while First Sea Lord in the 1990s, Admiral Slater is appalled at the train smash the Royal Navy order of battle has become. He laments greatly reduced numbers of frigates, destroyers, submarines, ‘diminished amphibious capability’ and a ten-year gap in fixed-wing naval aviation. Today, Admiral Slater believes, the UK Armed Forces are in a ‘precarious’ state, ‘not least the unbalanced and despairingly low force levels in the Royal Navy.’ He believes the government is taking ‘unacceptable’ risks. As for promises of ‘Future Force 2020’ – a shining new Navy – Admiral Slater believes many people view them as ‘jam tomorrow’. This is the verdict of an angry admiral who has seen his carefully negotiated structures to ensure the Navy keeps the Nation safe wrecked with careless abandon by politicians.

A major conference in the naval city of Plymouth, on the south coast of England, is set to stimulate consideration of the Navy and the Nation.

‘Britain and the Sea: The Maritime Sphere and the Past, Present and Future of the UK’ aims to, in the words of its organisers’ publicity blurb, ‘examine the relationship between Great Britain and the Sea.’ It observes perceptively: ‘It is increasingly said that Britain is in danger of losing its self-identity as a maritime nation at the point when the sea becomes the focus for a new era of economic exploitation, sustainable transportation and inter-state rivalry. How did we arrive at this point, where are we now and where should we go from here to ensure the maritime future of the UK?’ Big questions and well worth asking. Held on September 4-5, in the Roland Levinsky Building at the Plymouth University, the conference fees (at £75 per person for the two days) include catering, but exclude accommodation.

HMS Montrose arrives in New Orleans as part of The War of 1812 Bicentennial Commemoration. It is an anniversary that has gone unremarked back home in the ‘Sea Blind’ UK.

PLYMOUTH: A CITY RICH IN NAVAL HISTORY BUT POOR IN VISION