“THE ONLY THING WE HAVE TO FEAR IS FEAR ITSELF” 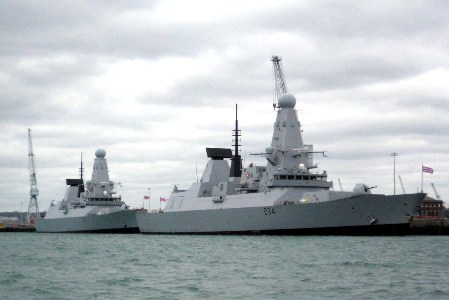 Franklin D. Roosevelt had been elected 32nd President of the United States of America and during his inaugural speech to the people of his nation, in March 1933, at the lowest point in the catastrophic global economic collapse known as the Great Depression, he laid out a vision that was extremely brave. Listened to by millions of citizens tuned in on their radios, and speaking standing below a portico of the Capitol building, under a grey sky with shafts of sunlight breaking the gloom, Roosevelt sought to douse Americans in an invigorating bucket of reality.

He wanted them to buck their ideas up and stop snivelling in the trenches, to go over the top to grasp a brave new day. His inaugural address was 20 minutes, and less than 2,000 words, of pure inspiration – displaying sterling qualities of leadership. “I am certain that my fellow Americans expect that on my induction into the Presidency I will address them with a candour and a decision which the present situation of our people impel,” the President remarked. “This is pre-eminently the time to speak the truth, the whole truth, frankly and boldly. Nor need we shrink from honestly facing conditions in our country today. This great Nation will endure as it has endured, will revive and will prosper. So, first of all, let me assert my firm belief that the only thing we have to fear is fear itself – nameless, unreasoning, unjustified terror, which paralyses needed efforts to convert retreat into advance. In every dark hour of our national life a leadership of frankness and vigour has met with that understanding and support of the people themselves, which is essential to victory. I am convinced that you will again give that support to leadership in these critical days.” Roosevelt went on to consider the causes of the problem, slamming those who ran global trade for incompetence, and bankers, he implied, were guilty of abandoning their social obligations and putting their love of money above everything, to the detriment of the American people. The President remarked: “The measure of the restoration lies in the extent to which we apply social values more noble than mere monetary profit.” Furthermore, Roosevelt said: “Recognition of the falsity of material wealth as the standard of success goes hand in hand with the abandonment of the false belief that public office and high political position are to be valued only by the standards of pride of place and personal profit; and there must be an end to a conduct in banking and in business which too often has given to a sacred trust the likeness of callous and selfish wrongdoing. Restoration calls, however, not for changes in ethics alone. This Nation asks for action, and action now.” And Roosevelt pledged himself to “wage a war against the emergency, as great as the power that would be given to me if we were in fact invaded by a foreign foe.” My God, such leadership, by a man who was, alongside his contemporary Winston Churchill – at the time cast out in the political wilderness, ignored as irrelevant by a faltering UK coalition government – an ardent believer in the freedom to trade and national self-government. Both men were navalists and would join forces in WW2 to defeat fascism, which sprang from the wasteland of the Depression to disfigure the world and, along with its twin Communism, slaughter millions of people. Comparisons between today and the situation in 1933 are uncannily appropriate, for the world faces the same kind of economic and also moral collapse, combined with a lack of leadership among some of those who were meant to be safe stewards of the world economy – the politicians, traders and bankers.  With regard to the United Kingdom, the events of the past few weeks presented Britain with an opportunity to re-set the nation as a maritime trading power first and foremost and not just an offshoot of a Continental Europe that seems hell-bent on political and economic collapse, due to dithering of titanic proportions. Leadership, courage and a determination not to be deterred by a fear of fear itself, were for Britain an absolute necessity, for it could seize the day and return to the position that most agrees with the national character and talent to build prosperity on the foundations of free and energetic trade. However, it seemed to many observers that the ruling elite was too concerned with holding its coalition together, rather than putting the nation first. Should Britain seize the day, look to trading partners beyond bankrupt Europe, reassert itself as a maritime power of note, with a merchant fleet and Royal Navy to match, while also wrangling the crippling Welfare State into something more manageable, then rather than being ‘Little England’ the UK could be Great Britain again. This is not just a yearning for a return to the past, but a recognition that the future, after all, does not belong to Europe but rather to China, Brazil and India – world economic powerhouses and rising naval powers. As far as the USA goes, it too faces equally crucial decisions that will decide its fate economically and its place in the world. As 2011 closed it looked like the USA’s naval power might take a hit as part of deficit battling government spending cuts. In which case a maritime partnership with Britain, would need to be increasingly ‘Special’, so long as the Brits could gather up their courage and make the right decision with regard to Europe. Should Prime Minister Cameron and his ministers need any guidance on how to galvanise their nation the text of Theodore Roosevelt’s electrifying speech of March 1933, provides divine guidance.

But would they read beyond headline-grabbing reference to “fearing fear itself”?

Pictured Top: The Daring Class (Type 45) destroyers HMS Diamond (right) and HMS Daring (left) alongside at Portsmouth’s naval base, ships that might be better used in the service of a nation free of the EU and looking to the world. Photo: Iain Ballantyne. 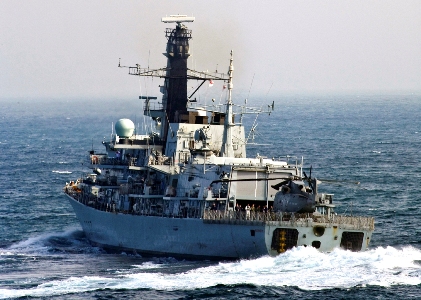 Setting a new course for the future? The Duke Class (Type 23) frigate HMS Westminster turns during an exercise in the English Channel. Photo: Nigel Andrews.