The Cost & Worth Of Naval Forces In A Dangerous World 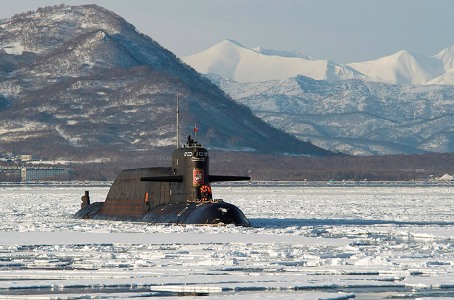 The USA could only manage around four a year, while Britain lagged very far behind, turning out a new nuclear-powered submarine once every two years. The motivation for this huge effort on the part of the Russians – and as early as 1962 NATO admirals had recognised the Soviet submarine force posed an existential, and potentially overwhelming, threat to the West – was to prevent American reinforcements reaching Western Europe in any hot war.

The Russians also aimed to match and eliminate American and British ballistic missile submarines. Above all, and this was the Russian Navy’s primary role throughout the Cold War, it was to act as a political weapon, exerting pressure on the West, cowing it morally and provoking unease. In the early 1970s Europe was fertile ground for such anxiety. It was grappling with supporting a burgeoning welfare state, widespread industrial unrest and creaking health services.

It did not have the ruthless central government control necessary to sustain equivalent massive submarine construction in the face of such civil challenges.

Social and political unrest was most violently illustrated by terrorism that targeted politicians and captains of industry.

The Americans, meanwhile, were disengaging from the disaster of Vietnam and Cambodia, grappling with issues of civil rights and widespread anti-war sentiment, with demoralised armed forces that were imploding (partly due to a huge drug abuse problem). The Americans questioned why they should continue to defend Europe, more than three decades after the USA had played a leading role in liberating and then economically reviving it.

If this all seems familiar to us, then that should be no surprise, for the world seems to have reset to the old East versus West mode, with (almost) the same players and similar issues. The comparatively benign decade between the end of the Cold War and the Al-Qaeda assault on the USA lulled some into thinking we had seen the end of history. It took another ten years, this time of turbulence, to show us that this was far from being the case.

It turns out that nations with pretensions to global worth must, after all, back up their posturing – especially if seeking to exert decisive strategic and political effect – with military force (and adept diplomacy). Just like the old days, not least in the matter of wielding the powerful tool of maritime effect.

The US Navy, tasked, as it has been since the Cold War, with acting as foremost world policeman never got out of the game. In the USA there is a basic understanding that while costly, naval forces (both USN and US Marine Corps) are worth every penny for deterring conflicts and also in winning them.

The Chinese, Indians and Brazilians also understand that any nation worth its salt in international affairs must aspire to be out there on the high seas. It’s an expensive business and there are complaints that, instead of constructing vast navies, nations should be sorting out chronic social and welfare problems that persist. However, to be secure and tackle those ills, nations must be able to safeguard the global trade on which they depend for their existence and also deter potential enemies from waging wars.

Some nations clearly understand the worth of strong navies that are capable of being out there on the oceans, while others are frightened of the cost (and maritime security is a tough issue to sell in a General Election). It is, though, the job of governments to decide for their peoples what a country’s defence priorities should be. Protection of the nation, its people and interests at home and abroad is supposed to be the foremost objective of any, and every, government.

In Western Europe, and in some NATO nations beyond, that kind of leadership is somewhat of a problem. Their politicians are more used to being guided by focus groups and seeking vote-winning quick fixes that fire-fight crises kicked up by news headlines. National identity is also weakening across Western Europe, too, and with it a sense of sovereign aims. Navies in Western Europe do have impressive capabilities (especially the Royal Navy and Marine Nationale), but numbers of submarines, surface warships and maritime aircraft are lacking.

Poor levels of investment in maintaining vessels, training personnel and ensuring the new technology works in the first place is also preventing key units of some fleets from even getting to sea. The cost of navies is all to Western Europe’s governments, while the worth of ensuring they are ready for operations, can deploy, and in the right numbers to deter foes and ensure security, is not always appreciated. Healthcare and education are, after all, tangible vote winners. Maritime defence is only an insurance policy and perhaps the premiums can be skipped or not paid?

Russia, for all its problems since the Cold War ended, has decided to exploit the West’s weakness at sea, taking advantage especially of the USA turning its main strategic focus to Asia-Pacific. Russia is boosting its warship and submarine construction programmes while increasing deployments of its vessels on a global scale, despite the cost. The Kremlin fully understands the worth of the Russian Navy.

While some in the West continue to make snooty remarks about Russian submarines and ships being elderly, at least they are out there doing business, from the South China Sea to under the Arctic. Who needs complex, unreliable new submarines and warships when in the era of hybrid warfare older, reliable vessels and maritime patrol aircraft do just as well?

So long as they are safe to operate, such units will manage until Russia’s new navy is ready. As legendary Soviet Navy boss Admiral Sergey Gorshkov suggested: “Better is the enemy of good enough.”

Permanent global presence: The Littoral Combat Ship USS Fort Worth pulls in to Singapore, with the destroyer USS Sampson (background) getting underway. Fort Worth is on a 16-month deployment to Asia-Pacific.

Swedes Stick To Their Guns