TAIWAN IN TRANSITION AS IMBALANCE WITH BEIJING GROWS

Chief Analyst Usman Ansari examines Taiwan’s efforts to modernise its naval capabilities through foreign acquisitions or homegrown alternatives. It is part of an ongoing struggle to maintain maritime capabilities that will aim to deter any forceful attempt to return the island to Beijing’s control. 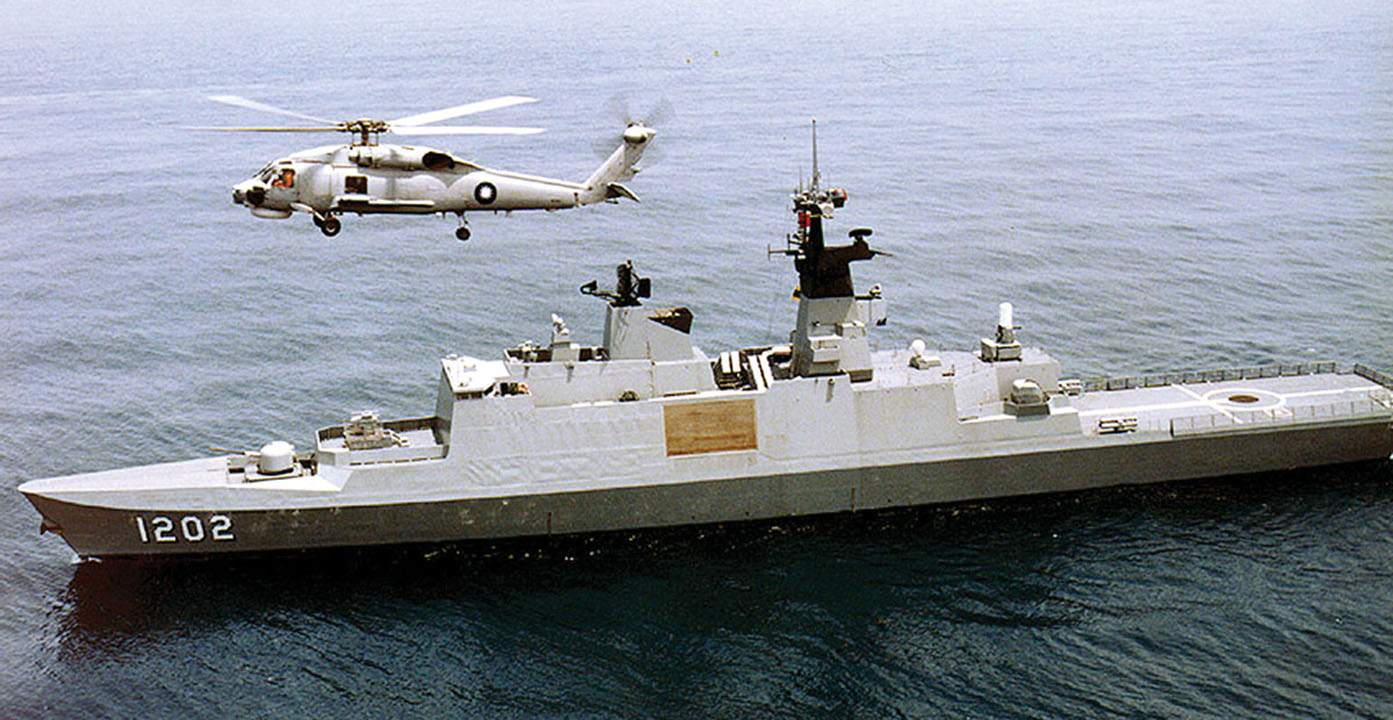 Though its navy has always been dwarfed by mainland China’s, Taiwan – officially also known as the Republic of China (ROC) – has in recent years seen its technological edge eroded. Its ability to deter an attack aimed at recapturing what Beijing regards as an ‘errant province’, and also to protect its maritime communication links with the outside world, is becoming diminished.

Beijing enjoys an overwhelming numerical advantage and has invested heavily in access denial weaponry, such as mines, Anti-Ship Missiles (ASM), and even ballistic missiles in order to cut Taiwan off from any potential source of help (mainly from the US Navy). The People’s Liberation Army Navy (PLAN) of mainland China also possesses a very large submarine fleet that is growing in sophistication.

There are ambitions to acquire four ex-USN Perry Class vessels while the ROCN’s Knox Class frigates are reported to have recently been decommissioned. A large number of indigenous missile boats and patrol craft are also in service, as well as a respectable amphibious assault capability, which is, however, built around elderly ex-USN ships.

Taiwan has striven to improve its Anti-Submarine Warfare (ASW) capability to counter a potential blockade by PLAN submarines. It is also investing heavily in a range of ASM, the latest of which are supersonic. In light of Beijing’s carrier ambitions and considerable improvements in amphibious assault capabilities this is particularly important. A key weakness in the ROCN has been an inability to acquire further submarines due to opposition from Beijing that has deterred potential suppliers. Though the USA has pledged to help Taiwan overcome this shortcoming it does not itself produce conventional submarines and therefore cannot directly rectify it. Alternatives, such as further surplus submarines, do not suit Taiwan’s requirements.

Taiwan has, despite such barriers, commenced an ambitious 20-year naval modernisation programme that should replace and update its current naval equipment and totally revamp its capabilities. Pressure from Beijing has, though, even limited some of the equipment it has been able to acquire from the USA. Espionage by Chinese agents has also acted to discourage the supply of military equipment from abroad.

In light of these restrictions Taiwan has moved to develop indigenous alternatives where possible and is determined to domestically build its own future warships and even submarines. Currently plans call for four to eight submarines, four destroyers, 10-15 catamaran corvettes and new amphibious assault ships.

The capabilities of the ROCN and its modernisation plans are very impressive, but whether it can actually fulfil it according to plan is subject to overcoming Taiwan’s technological and financial limitations. Though it may succeed in designing and building complex warships such as destroyers, Taiwan’s ability to design and build submarines is questionable even if it is exploring the option of a foreign partner to impart experience.

There is also the question of developing or acquiring some of the sub-systems required for such a complex programme. There is no history of, or indigenous experience in, submarine design and construction. Such a capability cannot simply be conjured out of thin air. Having a foreign partner, or partners, will likely be crucial. Nevertheless, Taiwan is forging ahead, and some of the systems and technology it will require for the surface ships at least are already falling into place.

• For the full article buy the November 2015 edition of WARSHIPS IFR.

The Hai Lung Class submarine Hai Hu, which was commissioned in 1988 and is based on the Dutch Zwaardvis Class.

PUTIN SEIZES HIS CHANCE IN THE NEW GREAT GAME