Swedes Stick To Their Guns

Usman Ansari examines the latest development in the mystery surrounding an alleged intrusion into Swedish waters. It saw the Scandinavian country’s military unveiling confirmed evidence of a foreign submarine. He also considers how the episode will have a broader impact on Sweden’s defence forces. 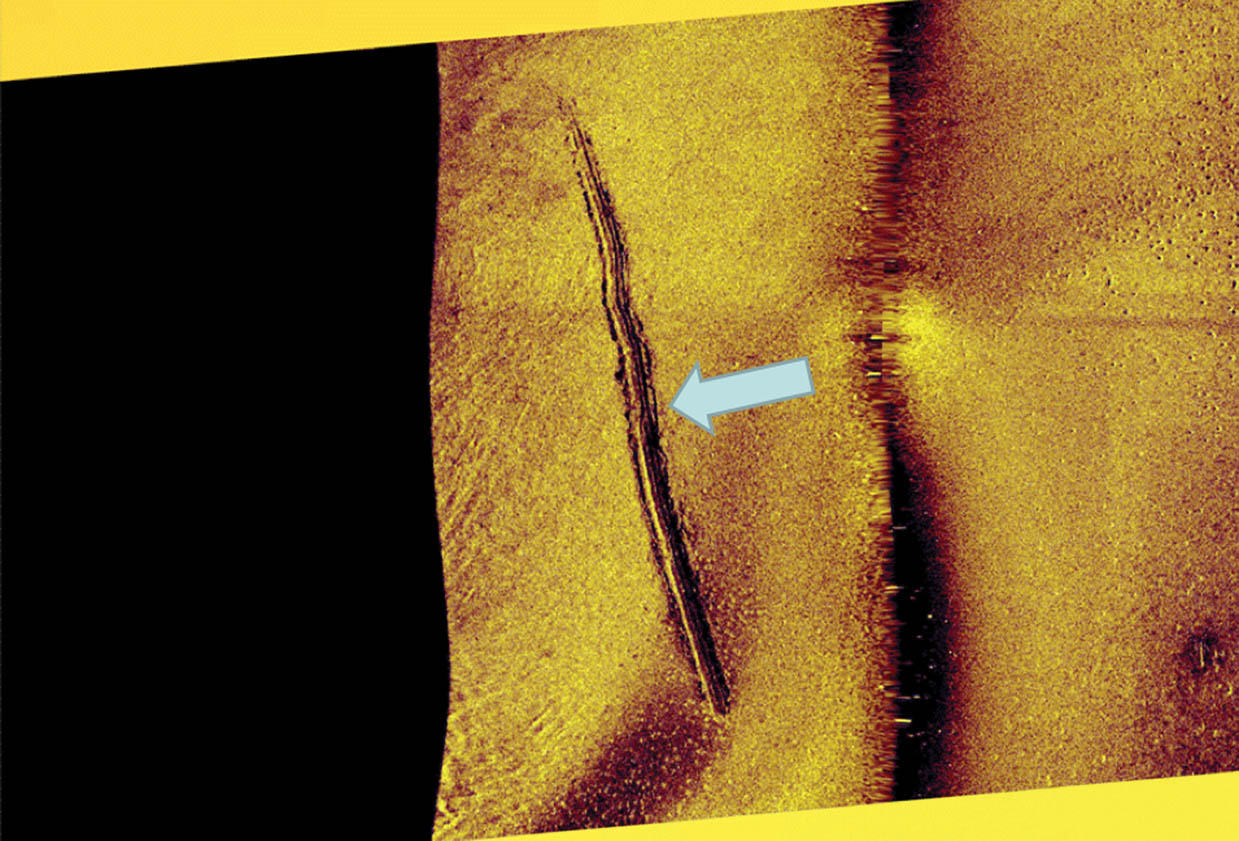 Careful not to openly blame Russia – the most likely miscreant – the commander of Swedish armed forces, General Sverker Goranson was resolute about there having been a submarine incursion. Suggestions the Swedes were chasing phantoms were given short shrift. “There is no doubt, [as] we have excluded all other explanations,” the General said. “Swedish territory has been seriously and unacceptably violated by a foreign power.”

The claim was not made lightly, with Goranson adding: “The decisive observation has been made by the Swedish Armed Forces’ sensors. It is a result of a highly skilled operational conduct. The observation meets the requirements for the highest level of assessment grading, confirmed submarine.”

Goranson did not go into further details for fear of revealing operational capabilities. The primary piece of evidence was perhaps a picture taken by a member of the public of what was, according to the Swedes, a submarine crash-diving. According to the eyewitness the object did, indeed, disappear below the surface shortly after the picture was taken. It was believed to have been moving at one knot. This was seemingly supported by a sonar image of the sea floor taken by a corvette that showed a track left by what had to be a midget sub.

The corvette had moved in to investigate an underwater contact. From the sonar image released, and reinforced by a sketch provided by the Swedish military, a large man-made object left a clear furrow in the sediment of the sea floor.

There were also numerous sightings from the public during the search, with at least one unambiguously confirmed as a submarine. Members of the public claimed to have spotted a submerged object with distinctive features. These coincided with the Swedish military’s acoustic readings pointing to the same conclusion for the same area and at the same time.

The Swedish armed forces feel the cumulative evidence presents a conclusive case. There is reportedly other evidence that has not been publically released. In fact there was a further twist: there may have been more than one submarine. As reported by the newspaper, Svenska Dagbladet, the Swedes may have been hunting a mini-sub, perhaps up to 30m in length, that inserted a smaller submarine or submersible/swimmer delivery vehicle of perhaps 10m in length.

Should that be true, it was likely to have been Russia’s special forces (Spetsnaz) conducting the intrusion as they are known to have such equipment and are trained for insertion activities. Russian military forces have made several recent intrusions, the majority by aircraft, but the submarine episode is perhaps more serious as it was for a longer duration.  The Kremlin continues to deny it was anything to do with its forces.

Sweden’s Prime Minister, Stefan Lofven, talked tough when he said: “Those who are considering entering Swedish territory should be aware of the enormous risks this entails for those who are involved in such violations…We will defend our territorial integrity with all available means.”

However, it remains to be seen just what that would entail. It is, after all, uncertain if using force would have been a realistic option and might have caused a tense situation to explode into conflict. A national security council is to be formed to co-ordinate Sweden’s security policy between the civilian government ministries and the armed forces. Such a move was mooted during the Cold War, when suspected incursions were frequent and, potentially, more dangerous.

The Swedish military, meanwhile, is a pale shadow of its former Cold War self, due to a considerable decline in investment. That Sweden’s military is under-equipped and, some would claim, incapable of being an effective deterrent to any such intruder is now clear.

It will be some time before new equipment becomes available and trained personnel are ready to operate new assets. At the very least, more funds are likely to be made available to ensure all five Visby Class corvettes will fully enter service soon.

Equipment that has not yet been fitted on cost grounds – especially Anti-Submarine Warfare (ASW)-related sensors and weapons – will likely be acquired. The Visbys are very capable multi-role warships and during the search the two in service were despatched to help hunt down the intruder.

The incident also raises questions about the future of two mothballed Goteborg Class corvettes. These could be brought back into service, but whether there are experienced crews to operate them, or how soon they could be created, is another matter. That’s if there is sufficient manpower to support a potential increase in operational tempo.

Two Stockholm Class corvettes, though old, are still of considerable value, and are likely to remain in service until replaced by new ships some time later this decade or the next. Are Sweden’s aerial assets adequate? These currently consist of a small number of ASW-capable NH90 and smaller AW109 helicopters. The latter can be deployed from the decks of the Visby corvettes (though the ships lack hangars for supporting sustained operations).

As they will likely be the first assets responding to further suspected intrusions, the Swedes will want to ensure they are capable of performing an ASW task, especially given the small number available in relation to the operational area.

Even with new equipment boosted naval investment may bring, the area in which October’s hunt took place has a widely varying underwater topography, representing a very complicated littoral environment for ASW. To further put things into perspective, Sweden also has a coastline equal in length to the Eastern Seaboard of the USA. Even a greater number of assets may not be enough to fully secure the Swedish coastline against such intrusions.

Top – A sonar image of the track left by a submarine keel as it was dragged along the bottom, part of confirmed evidence of such activity in Swedish coastal waters. 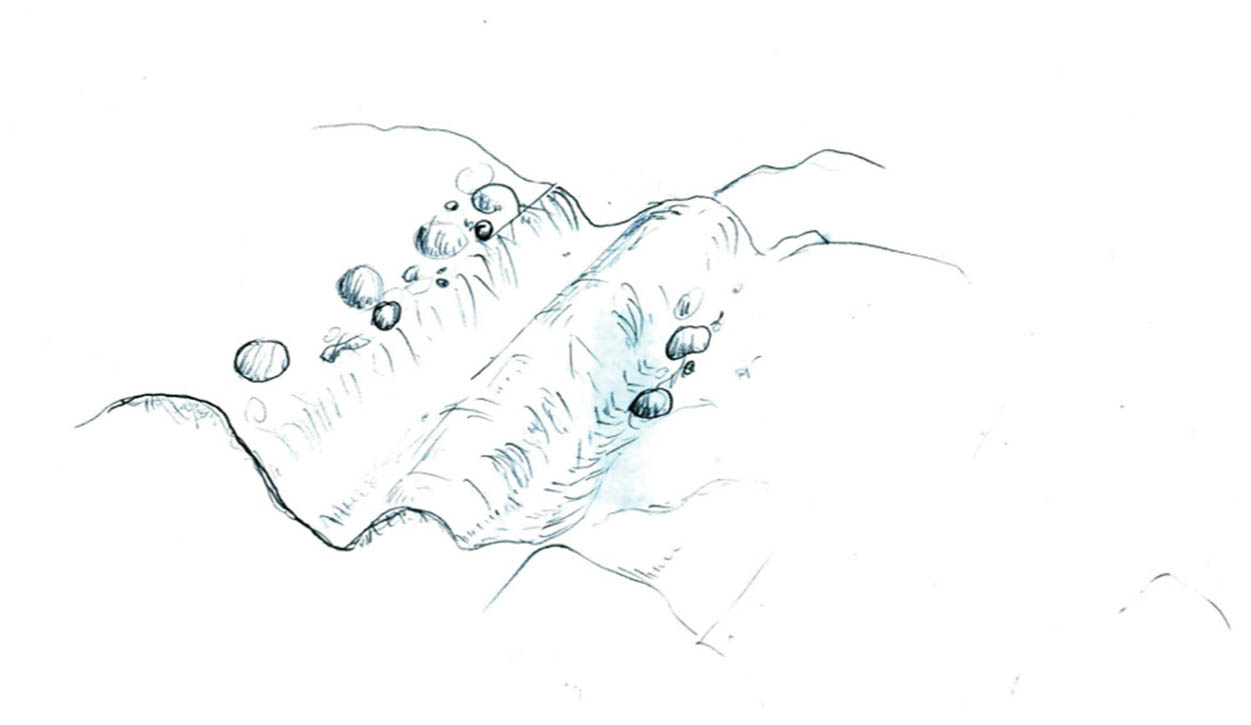 A sketch showing the submarine track in more detail

You And Whose Navy Prime Minister?