NO ‘FREE RIDES’ IN NATO 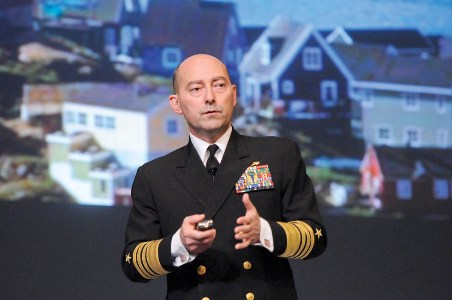 The out-going military boss of NATO warned the alliance’s European members they need to increase defence spending if they are to retain the USA as the key underwriter of their security.

As he began the process of relinquishing duties as Supreme Allied Commander Europe (SACEUR) US Navy Admiral James G. Stavridis noted that, even with its own cutbacks, the USA still spends “well over three per cent” of its GDP on defence.

On the other hand very few European nations actually meet their own stated goal – required as NATO members – to devote at least two per cent of GDP to defence.

Admiral Stavridis warned: “American taxpayers will begin to feel that the European allies and partners are ‘getting a free ride,’ as some already say in the US.”

The USA currently accounts for almost 75 per cent of NATO defence spending.

This is a model the admiral described as “unbalanced and unsustainable over time.”

During his four years as the NATO commander, Admiral Stavridis presided over its efforts to combat terrorism, the campaign against the Gaddafi regime in Libya, counter-piracy efforts and also striving to ensure the alliance can field high and low end warfare capabilities.

In signing off he listed some top priority challenges that he feels must be tackled.

Cyber warfare heads the list and the admiral remarked: “Here we see the greatest mismatch between the level of potential threat and our preparation for it. While the 28 NATO nations collectively have enormous skill and capability in this area, we have yet to find ways to work together, largely due to national caveats and concerns about sharing such sensitive technology, intelligence, and knowledge.”

Proliferation of Weapons of Mass Destruction (WMD) is high on the list. “I worry greatly about the leakage of WMD from various rogue states, like Syria, Iran, and North Korea,” said Admiral Stavridis. “Associated with this is the ability to deliver such weapons using ballistic missiles – a technology that is likewise proliferating rapidly. The current situation in Syria, of course, is the most immediately worrisome.”

Also included in the admiral’s list are so-called ‘Black Swans’ – unexpected threats that hit home out of the blue. Admiral Stavridis asked: “What are we disregarding, because it seems too low a probability, but could have enormous consequence? I’d nominate a bird flu pandemic, which, if large enough, could have massive security consequences.”

The new SACEUR will be US Air Force General Philip M. Breedlove, who took over from Admiral Stavridis last month (May). 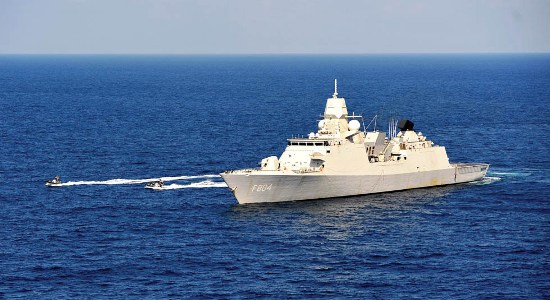 Pictured Above: The Dutch frigate De Ruyter during anti-piracy duties in the Gulf of Aden, an illustration of a NATO nation and navy meeting operational commitments. Photo: EU NAVFOR.

SHIPS AT SEA - NOT BOOTS ON THE GROUND