NAVAL LEADERS SHOULD ‘CALL FOR FIRE’ 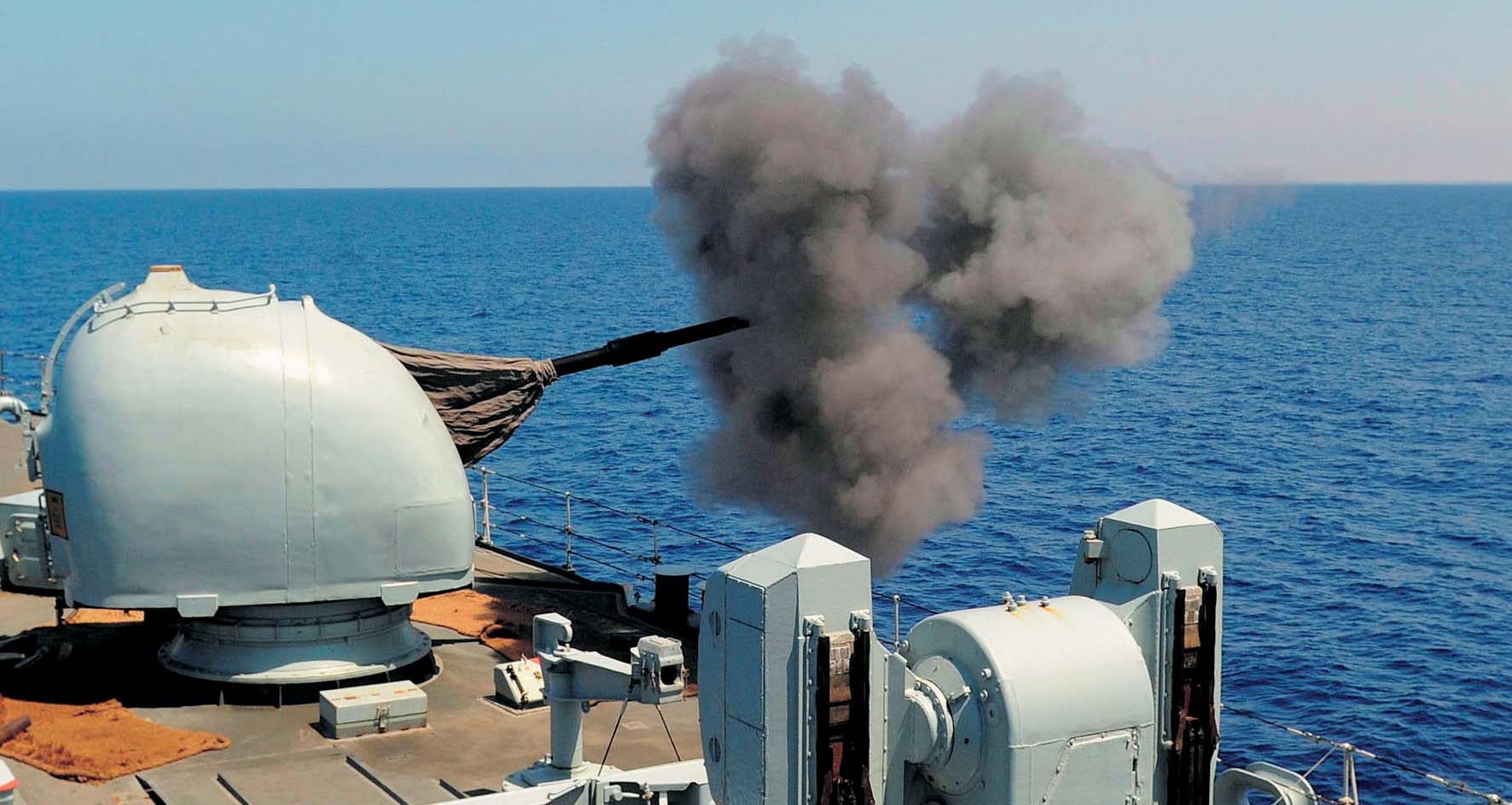 John Sugden’s titanic telling of Nelson’s life was completed recently with the publication of the second volume of his biography charting the incredible story of the British naval hero. ‘The Sword of Albion’ is, by all accounts, worth the long wait (the first part of the tale, ‘The Dream of Glory’ was published in 2004).

Apparently some years ago an Oxford don told Sugden he was wasting his time with naval history, as it doesn’t contribute much to knowledge. Clearly Sugden disagrees or he would not spend so much of his life writing about it. Naturally, as a naval magazine, we cannot agree either. It is our contention that the study of naval history – bearing in mind nearly all trade goes by sea, that conflicts are decisively shaped by seapower, and most people on Earth live close to the ocean – is the most important arena for study. The shame of it is that there are not more Sugdens, and publishers with the courage to publish such works.

In addition to charting the events of the day, Sugden’s epic portrait of Nelson also provides many examples of naval leadership, sometimes in extremis, but more often on a day-to-day, mundane level.

Nelson certainly led by example, and also paid attention to the fine detail of caring for his men but he also understood the tactical realm with ruthless clarity. He grasped the strategic, too, and how naval actions can act as the hinge around which events turn. ‘Leadership’ – or ‘Command’, the two terms are sometimes interchangeable – has been indispensible to navies since King Alfred launched his fleet – ever since the social characteristics of admirals and captains and their men have been assumed, challenged, developed and analysed.

As in many things, the Royal Navy has provided the benchmark by which others have measured themselves, and within the RN particular people – aside from Nelson – have been held up as model leaders. Drake and Hawkins were examples of spirit or daring, but, as Professor Richard Harding has pointed out, it was the heroes of the Revolutionary and Napoleonic Wars who were most admired.

By the end of the 19th Century, the ‘Nelsonic Ideal’ of the perceptive, aggressive, motivating, self-sacrificing naval officer was entrenched. Over time others displaying elements of these ideal attributes have joined a pantheon of naval heroes, not least the generation that fought and won the war at sea in WW2. Good leadership, and daring acts, under enemy guns and missiles have also been exhibited from the Falklands in 1982, through Desert Storm in 1991 to the Iraq Campaign of 2003.

Which is why in recent years, nothing has shaken the Royal Navy more, or so harmed its self-esteem and public image, as the ‘Cornwall 15’ incident. On March 23, 2007 the Iranian Revolutionary Guard captured 15 sailors and Royal Marines in two boats from the frigate HMS Cornwall, while the latter were inspecting a merchant ship in disputed waters in the northern Gulf.

It was only the second time in over 150 years that the Royal Navy has lost a boat (or boats) under such circumstances. The conduct of some captives from the ‘Cornwall 15’ was felt by certain commentators to be less than might have been expected of the Royal Navy. A media bun fight for interviews with them heaped further embarrassment on the Royal Navy.

The shame of the ‘Cornwall 15’ incident was aggravated by the knowledge that in 2004 a boarding party from HMAS Adelaide had handled a similar incident in a confident and exemplary fashion. Two Australian sailors were awarded the Distinguished Service Medal for their conduct during a four-hour standoff.

When leadership is lacking it manifests itself in either mutiny or in failure during a crisis. Naval leadership has always been a struggle between individual responsibility and a trend towards the centralisation of command. In the days of sail, naval commanders were often out of touch with London for months at a time and had to rely on their wider understanding of affairs. Centralisation, enabled by the telegraph, then wireless, and now Satcom and video-conferencing, has limited the leadership opportunities of subordinate officers and strengthened the powers of leadership, and responsibility, of admirals (and of politicians).

In WW2 this trend was somewhat reversed: Submariners, Swordfish pilots, and MTB captains enjoyed opportunities to show Nelsonic qualities of leadership and dash which reinforced the traditional idea of the ideal naval officer.

The essence of the Nelsonic ideal was of the leader in combat demonstrating personal courage and an unerring focus on the decisive point, which culminated in annihilating victory. In fact, Nelson’s leadership was complex and multi-faceted.

The context of his fame was battle itself. Other aspects of Nelson’s character might not stand up to critical examination in another age – no doubt in the 21st Century his abandonment of his wife and love affair with Lady Hamilton would have stymied his career.

Besides these moral aspects, other aspects of leadership, as Professor Harding has observed, include strategic vision, alliance building, careful situational analysis, detailed preparation and calculation, training, and domination of the situational narrative – all of which Nelson practiced to one degree or another. Odin feels they have, at least in recent times, been generally neglected. Instead the Royal Navy has pursued a model based on corporate leadership of the type more usually to be found in commercial organisations (sometimes cloaking its new leadership gospel in impenetrable corporate speak and bland statements).

The problem is that a more traditional wielding of sea power – in which battle groups and fleets matter – more akin to the Cold War and the two world wars, is required to meet the challenges of the 21st Century. Reliance on handbooks that reinforce a now redundant corporate model – trotting out self-comforting sound bites to reinforce tenets that are inadequate for the task at hand – is plainly not wise.

The future of naval leadership is more in the war-fighting, multi-faceted Nelsonic mode than following practices laid down in the City of London. Time for the RN to connect with the fundamentals of leadership ways that it pioneered out there in the heat of battle on the ocean wave.

For a recent example of inspirational leadership under fire – at all levels in a single vessel – it surely need look no further than the amazing exploits of HMS Liverpool off the Libyan coast in 2011.

The actions of Liverpool (and her young men and women) restored faith in the Royal Navy and the effect of a single warship on a campaign. The elderly Type 42 destroyer acted against the land while helping to control the air and also the sea. Sadly the Royal Navy has not chosen to fund a book on HMS Liverpool’s incredible story, nor have we seen a TV documentary series on it, nor has any independent publisher thought it worthwhile to take a punt. It is a crying shame, for Nelson would have admired Liverpool’s job well done.