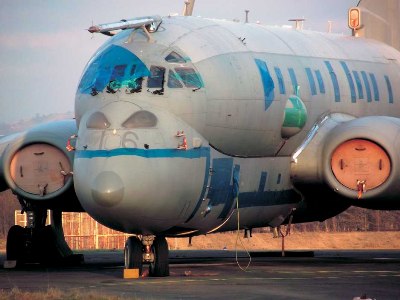 A British parliamentary watchdog has described the coalition government’s decision to cut away a broad spectrum of maritime surveillance capabilities as creating a risk to national security that will exist for some time.

While it welcomed Ministry of Defence (MoD) investigations into how holes created by the 2010 Strategic Defence and Security Review (SDSR) can be filled, the House of Commons Defence Committee said that it agreed with the testimony of experts that ‘there is a risk associated with the capability gap in maritime surveillance.’

In a report entitled ‘Future Maritime Surveillance’ the committee also said it was pleased the Government accepted this and was working to ‘mitigate the risks inherent in the gap and ensure the longer term provision of maritime surveillance.’

However, the report also observed: ‘The MoD asserts that it has robust risk assessment and management procedures in place to spot any risk escalation in the maritime surveillance arena, but we remain unconvinced it has the capacity to respond to any sudden escalation in that risk. Furthermore we believe the risk is likely to worsen in the medium term as further maritime surveillance capabilities are withdrawn or not yet filled.’

The report was highly critical of the fashion in which the coalition government cut the Nimrod MRA4 maritime surveillance aircraft and also got rid of four highly capable Broadsword (Type 22, Batch 3) frigates.

The MPs learned, thanks to expert testimony during hearings while composing their report, that the Type 22s ‘in addition to their broader platform capabilities, also provided the RN’s only composite capability to deliver wide ranging surveillance of the Electromagnetic Spectrum from the sea.’ Furthermore: ‘This capability supported Indicators and Warnings, Force Protection and Situational Awareness.’

This was in addition to the vessels’ Anti-Submarine Warfare (ASW), air-defence, task group command and control, shore bombardment and maritime security functions. The MPs do not appear to have been impressed with a government minister’s response when they quizzed him on what he was doing to replace the Type 22. ‘When we asked Nick Harvey MP, Minister for the Armed Forces, about a replacement for the Type 22 frigates, he confirmed that there would be no funding before 2015.’

On the Maritime Patrol Aircraft (MPA) gap, the MPs were critical of MoD confusion. ‘We are concerned that the MoD is sending mixed messages in respect of the need for a maritime patrol aircraft,’ said their report. ‘On one hand it says that there is no requirement for such an aircraft and that it is not funded or in the programme but on the other hand it acknowledges that its absence is a risk and something may need to be done. The MoD must explain why it is satisfactory to wait until 2015 or beyond before deciding how to close the capability gap in maritime surveillance, particularly as the MoD acknowledge that a MPA is the solution in the short to medium term.’

The Defence Committee report highlighted other areas of concern where there is a need for action. ‘We also note that there is the potential for other capability gaps to occur, such as when the Sea King [Mk7, Airborne Surveillance and Control] helicopter is withdrawn in 2016 to be replaced by Project CROWSNEST operating from the Merlin Mk2. In response to our Report, the MoD should set out how it intends to deal with the increased risk caused by these emerging capability gaps.’

The MoD response is that maritime surveillance missions are being handled by a combination of various Armed Forces assets. These range from surface warships to submarines, naval helicopters and also RAF aircraft, plus there is co-operation from allies.

Top – A Nimrod MRA4 shortly before it was cut up. Photo: Dave Billinge.

The Type 22 frigate HMS Campbeltown de-ammunitioning prior to being retired from service. Photo: Dennis Andrews.

DID ‘GREAT WHITE’ OF SSNs STALK THE GULF?