International Search and Rescue Needed to Watch Over Ungoverned Spaces? 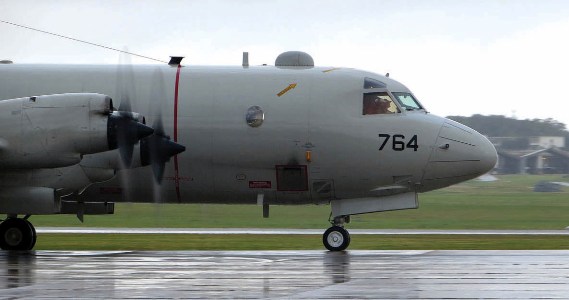 Everything is so joined up these days the notion that a large aircraft can simply disappear off the face of the Earth is one that many people have struggled to accept. In an age when communication and dissemination via the Internet is instantaneous and we are so interconnected that governments can be toppled by social media campaigns, it is a deep shock when a whole jetliner with more than 200 souls onboard vanishes and we do not immediately know why.

Most amazing of all none of the passengers even had time to make a phone call. Even doomed passengers in jets that crashed into the Twin Towers on 9-11 managed that. The truth is that there are plenty of spaces into which things (and people) can disappear, particularly in the global commons of the oceans. Even satellites orbiting the Earth in space, with their allegedly all-seeing eyes failed to instantly track MH370’s ill-fated flight. Also their images of supposed jetliner wreckage were by no means conclusive. Naval vessels, merchant carriers – and the people and aircraft on board them – had to go in and pick up the items once Maritime Patrol Aircraft (MPA) had found and marked them in real time.

Another episode that unfolded at around the same time as MH370 vanished involved an oil-laden ship being hijacked by gunmen and disappearing, but that episode had a swifter resolution than the jetliner. Found again off Cyprus, a US Navy SEALs team almost immediately boarded the North Korean-flagged Morning Glory and the hijackers were arrested.

Aside from the matter of oil theft a big fear is that one day – like the 9-11 jetliners – an oil or gas tanker could be used as a floating bomb, inflicting massive destruction on a port. Mix into that attack some form of chemical or radiological element and the port concerned could be out of action for many years.

With the global trade hub and spoke system based upon a small number of super-ports such an attack could have grave consequences for the world’s economy. Terrorists, pirates and trans-national criminals, are adept at using ungoverned space to vanish into, plus utilise it as a base to plan and launch their schemes from. Witness Afghanistan and Al-Qaeda prior to October 2001 and Somalia for pirates that still prey on merchant shipping in the Gulf of Aden and Indian Ocean.

The disappearance of flight MH370 and the tanker Morning Glory provided a huge reminder that there are many areas of the world where there is no governance, or where, due to the vastness of the ocean or land mass, it can be hard to know what is going on. Out in the Southern Indian Ocean radar cover simply does not exist (and even closer to centres of population there can be lack of cooperation and gaps in radar coverage). The satellite systems used to keep track of aircraft and ships are by no means perfect and often provide an incomplete picture.

At sea the perennial problem has always been how to find vessels that do not wish to be tracked. Those whose weight is above 300 tonnes are supposed to carry the Automatic Identification System (AIS) that allows shore-based radar systems to remotely interrogate them and determine parameters such as location, course, speed, cargo and destination. But, again, coverage is limited.

As with airliners there are large areas of the ocean where vessels can to all intents and purposes disappear. The problem with systems that are employed in the air and at sea at the moment is that they can be disabled. Anyone who wants to hide can, provided they have access to the relevant control panel. When someone wants to become a rogue operator, threatening a terror attack or criminal act, it is not impossible to achieve. Tackling that problem, to ensure that no airliner or ship can go missing again is a technological challenge that needs to be addressed as a matter of urgency. This applies to cases where aircraft and ships suffer a dreadful accident and also where person, or persons, unknown, deliberately causes the event.

In the meantime vigilance is required, in the air and at sea, plus also on land. The interception of the Morning Glory was a multinational enterprise: Libyan naval and security forces failed in the first instance to stop the vessel departing their waters, but it was the Cypriot authorities that found the elusive ship.

Then President Obama gave the green light to US Navy SEALs to execute the takedown. In the case of MH370, a large fleet of naval vessels, plus maritime air assets from nearly 30 nations was mobilised, a real-life version of International Rescue.

A global multinational apparatus that acts quickly and efficiently in response to such incidents is needed on stand-by at all times – and it can either rescue people or apprehend bad guys. The disappearance of the jetliner and temporary vanishing act of an oil tanker showed us that we do not know what is going on all the time and shocking mysteries can still occur. It reveals how much of a mirage our interconnected world can be. It is in reality host to many ungoverned spaces.

Navies, with their vessels deployed across the globe, their maritime aircraft continuously on patrol, are ideally suited to make that operational pivot from Search and Rescue (SAR) to combating terrorists or criminals.

A US Navy P-3C Orion patrol aircraft departs from Kadena Air Base in Okinawa, Japan to aid in the search efforts for missing Malaysia Airlines flight MH370. Photo: US Navy. 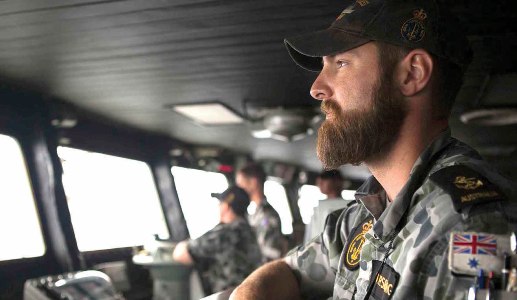 A sailor on the bridge of the Australian naval support vessel HMAS Success during the search for jetliner debris. Photo: ABIS Julianne Cropley/RAN.