HOW GREAT IS BRITAIN’S PERIL? 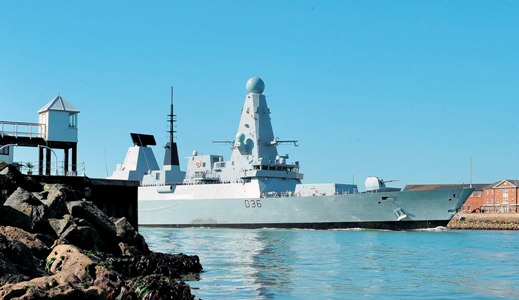 Iain Ballantyne interviews Dr Harry Bennett who is working tirelessly from his base at Plymouth University to combat the dreaded peril of Sea Blindness. An Associate Professor of History, in the School of Humanities and Performing Arts, Dr Bennett believes the affliction is a clear threat to the current and future security and prosperity of the UK.

Harry Bennett is at one with the sea. A few years ago, when investigating the reality of the American assault on Omaha Beach during the D-Day landings, he didn’t just content himself with poking about on the shore.

He dived into the sea to discover what it must have been like to be a G.I. struggling to reach land. “There is nothing like being able to feel, touch and smell history,” he maintains. “If you want to know why Omaha Beach was such a killing field in 1944 you need to swim the waters – to appreciate the currents and the nature of the beach – and to look up at the ‘cliffs’ American soldiers were asked to assault.” And when he was a boy his favourite bath-time pursuit was refighting the notorious Convoy PQ17 to northern Russia. He’d heard about it from his father.

He explains: “My dad went to sea as a cabin boy and was a Merchant Navy seaman in the Second World War.”

Harry took the sea in with his mother’s milk and the famous fighting seadogs of British naval history inspired him, particularly the impossibly heroic example provided by Nelson, who was a God in the Bennett family.

Dr Bennett is concerned that kind of instinctive worship of the sea and its heroes is a rare thing in the UK today. He maintains: “It is increasingly said that Britain is in danger of losing its self-identity as a maritime nation. Yet this comes at a point when the sea is becoming the focus for a new era of economic exploitation, sustainable transportation and inter-state rivalry.” To stir up the debate and challenge British perceptions, Dr Bennett is the driving force behind a conference in Plymouth next month (Sept).

Entitled ‘Britain and the Sea: The Maritime Sphere and the Past, Present and Future of the UK’ its mission statement is to delve deep into national maritime psyche and culture to try and find some answers to questions.

• How did we arrive at this point?

• What are the threats and opportunities?

• Where should we go from here?

• How is Britain’s Maritime Future to be secured?

• What kind of diplomatic and defence policies do we need to pursue?

“Britain’s relationship with the sea has been important from early days,” says Dr Bennett. “The majority of us have relatives who in the past were associated with the sea.”

Beyond strictly personal links, Dr Bennett sees an array of problems that can be solved, or at least partially tackled, by better exploitation of the sea, such as harnessing green technology to produce energy and stop carbon pumping into the air. “It is important both to the present and our future,” he says, “we have to understand the way the world is inter-connected.”

But getting the message across isn’t easy in modern times, with the world seemingly more connected via the worldwide web than the seamless commons and highway of the sea. Rather than minds becoming more open to limitless global opportunity it seems the British are turning their backs on the sea. “People are more inward looking than they should be,” he concedes, “and that wasn’t the case in the past. People in the 1950s knew bananas came by ship to places like Bristol. Ask people now and they would probably not understand global trade interconnections further than a short car trip to their local supermarket.”

The reality is that the world still depends on a global maritime network, or, as Dr Bennett puts it, “goods are not sent to us 30,000 feet up in a supersonic aircraft carving its way through the clouds, but in ships travelling slowly – economically and environmentally friendly – across the surface of the sea. To secure a prosperous future the UK needs to ensure it is fully part of the global maritime community.”

And that means understanding the worth of the Naval Service.

“It is essential that we comprehend how much we need the Royal Navy,” says Dr Bennett, “and that it must be a force that is capable of defending those global networks. Any network disruptions would throw a spanner in the works of UK Plc. Enormous damage could be done by terrorists, the Argentineans could create trouble over the Falklands or Somali pirates interfere with trade – all of that is important, and the RN must be able to meet those sort of challenges.”

And more, but Dr Bennett fears recent wars have created a deep flaw in the way British defence is configured.

“Land-based forces have been dominant in Iraq and Afghanistan and now we are in a state of imbalance, with a Royal Navy that is too small. The defence package for the UK is out of kilter with what is needed to meet our global needs.”

He fears this means Britain will be caught out by an unexpected event that cruelly exposes naval deficiencies.

There have already been early warnings. “The Navy was asked to evacuate people from the fighting in Libya last year, which they did,“ Dr Bennett observes, “but with ships that were on their way home to pay off after being declared not needed by defence cuts. The previous year there was the Icelandic ash cloud, which stopped airliners flying and stranded millions of people across the globe. I was visiting Holland at the time and I drove over to the Channel to take the ferry. I found chaos at the ports – people were so desperate to get home. There will be another event like that some day. It is only then that you will realise the reach of the UK government is no longer sufficient – the British people will suffer.” 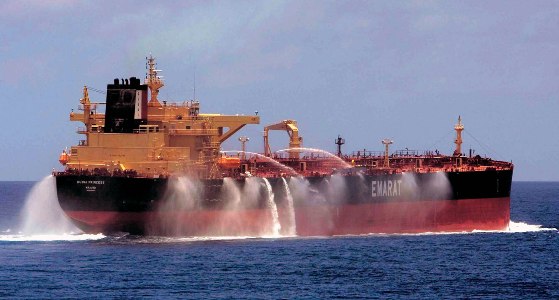 In a world of uncertainties and sometimes savage variables, such as natural disasters and wars, navies have been in the forefront of the response, whether it is extracting civilians from fighting (Libya, 2011, and Lebanon, 2006) or laying on disaster relief (Asian Tsunami, 2004, Haiti and Japanese earthquakes, 2010 and 2011 respectively).

“In such cases you need navies to come to your aid,” expounds Dr Bennett, “and they must be well-trained, skilled and brave. But if a government can’t send them, people turn around and ask: ‘What have we lost?’ It is when those incidents occur that you see how close to chaos you live, even in the modern world.” And it wouldn’t take much of a disaster to rob comfortable British people of their energy supplies and food, for sea trade is also crucial to supplying them. With such a small Navy and a focus on land rather than the sea that surrounds the British Isles – and dominates the planet – Dr Bennett believes it is legitimate to fear the worst. “Will the UK’s maritime forces be able to save the day? Will they be there to save people? Will we have the capacity to intervene? There is a hope long term that things will change but I think it will only happen at the point at which things are perceived to be lacking by the public.” With political elite that seems Sea Blind, will the only thing that makes them wake up be a measure of political cost? Dr Bennett agrees to an extent: “Yes, in some cases the potential cost of an error in judgment at government level is expressed in votes, at the ballot box. There can also be a cost in other forms, such as damage to FTSE 100 companies – the importance, the cost could be in terms of damage to the Exchequer.”

Beyond the conference, Plymouth University is working hard at a grassroots level to foster awareness and enrich study of the sea. Its new Marine Institute also opens this month (Sept), while another venture aids the museum at Britannia Royal Naval College (BRNC), Dartmouth by creating revenue to assist in preserving its many fine art works and artefacts. That is the University of Plymouth Press, which, in association with BRNC, is publishing a series of substantial battle summaries that until now have been seen by very few people.

• The ‘Britain and the Sea’ conference is being held September 4-5 in the Roland Levinsky Building at Plymouth University. 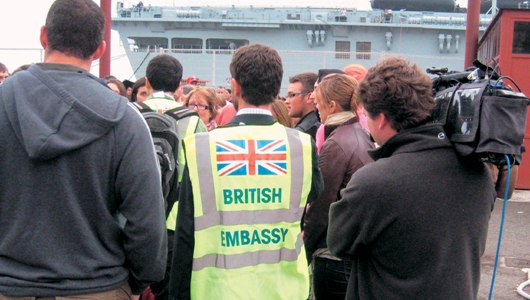