Defence Is Too Important To Be Left To Politicians (and Generals) 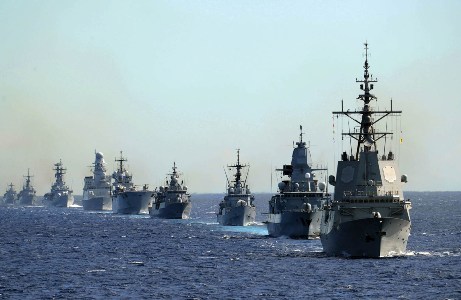 Another crisis, another round of wails from retired British Army officers that their special interest group is not getting the money they think it deserves. It is not like having a larger army will make much of a difference to the UK’s European partners – the one thing Europe has lots of is army units.

If we look back at the Strategic Defence and Security Review (SDSR) of 2010 – a handy breakpoint, it being the last round of UK defence cuts – we can see the relative importance (or lack of it) of Britain’s land contribution to NATO. The cuts projected that, post-SDSR, the British Army’s manpower would be 7.48 per cent of the total provided by the European members of NATO; not exactly an overwhelming contribution.

Of course the ‘boots on the ground’ mob will undoubtedly say that quality is not the same as quantity and they are right – to a point. It is also clear that, in terms of alliance politics, contributions speak louder than words.

Worse still, in 2015 the European members of NATO’s maritime capabilities were significantly lower than 2010 in almost every area. The frigate and destroyer (FF/DD) total has fallen across European NATO navies from 166 to 146. Europe can muster just three aircraft carriers, of which two are small ‘Harrier carriers’ and one a conventional strike carrier.

Only one member of NATO outside of the USA is equipped with Tomahawk cruise missiles – a conventional weapon with immense value as a political weapon. Even then, the Tomahawk missiles are only carried in the UK’s six extant attack submarines.

In terms of amphibious forces the story is depressing too, with numbers falling. The fact remains that Europe has only four Landing Helicopter Docks (LHD), one Landing Platform Helicopter (LPH) and 13 Landing Platform Docks/Landing Ship Docks (LPD/LSD), hardly a massive capability. Nuclear-powered attack submarine (SSN) numbers have fallen by seven per cent; conventionally-powered patrol submarines (SSKs) by 13 per cent.

Those countries within European NATO that do have a significant naval capability will be able to add value to their membership of the alliance, provide desperately needed leadership on defence matters within Europe and, above all, exploit a medium that Russia, among many others, has historically neglected and often failed to understand.

Yet, despite the above, the United Kingdom government, through decisions made under SDSR 2010, is in danger of reducing its maritime capabilities below a point where it can leverage naval power into leadership opportunities within Europe and NATO. This is far more effective than just having large numbers of senior officers positioned within the alliance to give Britain a so-called ‘voice’.

The demonstrable ability to act through the maintenance of capabilities and the clear enunciation of political will speaks louder to allies and potential aggressors than admirals, generals’ or air marshals’ words whispered in the ears of politicians and their political advisers.

France is now close to supplanting Britain’s position as the leading maritime player in Europe. With regard to aircraft carriers it has already overtaken Britain, given the UK’s worrying acceptance of a capability gap in this area until the Queen Elizabeth Class enter service in a few years’ time.

This assumes they (eventually) have a fully-fledged fixed-wing air group allowing them to operate as strike carriers rather than as glorified helicopter carriers. Despite this, when taken as a whole, British maritime contributions, as a percentage of the European contributions, are far more impressive than land assets. In Anti-Submarine Warfare (ASW) or general-purpose frigates alone, Britain’s contribution represents 12.26 per cent within European NATO – almost the same percentage contribution as the entire British Army across the alliance on land.

In terms of Anti-Air Warfare (AAW) destroyers, Britain contributes 15 per cent of those provided by the European members of NATO. However, when it comes to amphibious assault vessel numbers, Britain provides 33 per cent (down from 40 per cent prior to SDSR) while France currently provides 22 per cent of the European total. This is a clear indication that, through amphibious shipping and the Royal Marines, Britain could, if it chose, be the clear European leader in this area.

The UK’s maritime contribution is even higher when submarines are considered – the Royal Navy supplies 53.84 per cent of European NATO SSNs; and that also represents 100 per cent of the Tomahawk-armed European NATO warships. Indeed, the Royal Navy’s operation of Tomahawk alone should allow Britain to provide capabilities and leadership that no other state in Europe can replicate.

Britain has shown the will to use Tomahawk, too. It’s just a shame that the UK has so few Tomahawk-armed warships. Instead, massive sums have been invested in the Storm Shadow missile launched by RAF aircraft. This is more expensive than Tomahawk, has a shorter range and cannot be updated in flight, unlike the Tomahawk used by the Royal Navy. Sea power, not land power should be Britain’s gift to NATO. Sadly, the unpalatable truth is that there has been no national articulation as to how Britain can best deter and coerce aggression against British interests not just on the borders of Europe but on a global scale.

This is probably because those who desire a defence debate wish to see it confined to a sterile conversation about the size of the British Army, or how the RAF saved Britain from invasion in 1940 [sic] rather than to what use, if any, the army or today’s RAF could be put.

Britain’s inability, or unwillingness, to articulate the value presented by its Navy and the maritime dimension – either to an internal audience within the UK, or to NATO partners and the wider world – represents a grave strategic and political failing.

It has a direct impact on Britain’s – and NATO’s – ability to influence, deter and, if need be, coerce potential foes. Britain spends a lot on defence, it just spends it badly. Devoting more taxpayers’ money to ‘boots on the ground’ will do nothing to change the UK’s woeful strategic posture.

A formation of warships: A scarce resource in European NATO nations. 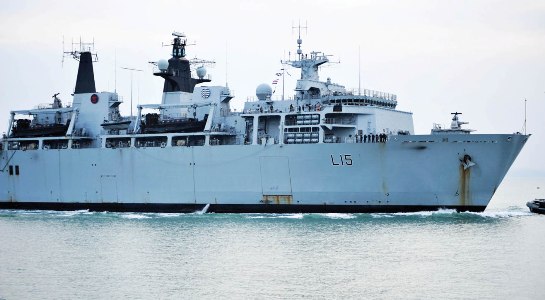