BRITAIN ADRIFT IN A SEA OF IRRELEVANCE? 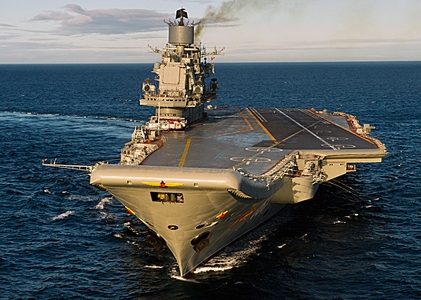 A Russian government official has allegedly hurled insults at Britain as “just a small island” that nobody pays any attention to, the same man reportedly sniggering over the fact that many so-called oligarchs have bought up large parts of London. It was the icing on the cake of international humiliation for the British, delivered in the margins of the G20 summit at St. Petersburg (the city that once trembled at the thought of the mighty Royal Navy bombarding it into rubble).

The slurs in the shadows came a week or so after Prime Minister David Cameron received a slap on the face from the House of Commons. MPs voted narrowly against the UK taking part in military action against the Syrian regime for allegedly using chemical weapons on its own people. The Russian comments reflected President Vladimir Putin’s hardball, macho approach to foreign policy. The former KGB colonel – tellingly referred to as Comrade Commander-in-Chief by admirals, generals and defence ministers – believes not in the soft politics of international aid, but rather in real steel. This is represented by the Kremlin’s investment in new warships and submarines. Russia has also run a regular ferry service of naval transport vessels carrying weapons to the Syrian government.

This enables its forces to fight a rebellion that Russia and Syria’s leadership claims is a Trojan horse for an Al-Qaeda takeover of the Levant. Putin at one stage demanded the West provide conclusive proof that the Syrian regime had used chemical and/or biological weapons against civilians. It must all be rather mortifying to well brought up public schoolboys like Mr Cameron, still hankering after the idealistic world of the post-Cold War 1990s when backpackers travelled the world and did good things without fear of beheading.

This is not the world Cameron’s generation of Centre-Liberal politicians imagined shaping when the coalition government took office in May 2010. Their assuming of power was followed by the hasty discarding of the very military and naval capabilities by the UK that people such as Vladimir Putin respect. Today the Russians have a strike carrier, no matter how old and knackered, to deploy off the coast of Syria. Britain does not. China, another foreign policy hardball player strongly against Western attacks on Syria, meanwhile continues apace with its own strike carrier programme. Beijing boasts about the acquisition of such capabilities as proving that it is now a major player with real weight in the world.

Therefore, if Mr Cameron wants to trace the source of his current woes, he need look no further than his own front doorstep and the moment he was persuaded by the ruthless partisan intervention of senior RAF officers to cut the Harrier (recently upgraded and capable of ten more years service) and strike carrier Ark Royal. Cameron was also persuaded to cut the Nimrod MRA4 – the world’s most capable Maritime Patrol Aircraft, possessing awesome range and capabilities – just as it entered service. Not only has this created another yawning capability gap in UK maritime security, but also removed from service an aircraft that could have flown from Cyprus to loiter off the Levant monitoring the Syrian regime campaign of slaughter.

The intelligence it sucked in could have added enormously to the dossier of hard evidence that is demanded by Putin. With the USA not sharing its intel, the Nimrod fleet could also have been used by Cameron to persuade MPs to vote his way. Yes, there are moves to fill in the capability gaps, with new strike carriers being built in Scotland and studies being carried out in the Ministry of Defence about future MPAs. But that’s jam tomorrow when proper, functioning military capability is needed today. Right now and ready to use.

Mr Cameron, whose government threw its weight behind the UK becoming an ‘aid superpower’ can hardly complain about MPs taking it onboard and voting against their country launching cruise missiles into Damascus. The problem for Britain is that in a world of hardball foreign policy what matters is military and naval muscle, something that has wasted away on Cameron’s watch. Fine words by the PM about Britain being a cultural superpower (that has given the world the pop group One Direction!) are no substitute for a properly balanced navy with enough critical mass and high end capabilities to matter.

Cameron got away with lacking a strike carrier and a MPA capability – all of which would still have been supremely useful – off Libya in 2011. Today and tomorrow is different. The nations that matter in the bear pit – the USA, France, Russia and China – all have strike carriers in service and also MPAs. Britain does not. Even if Britain did take part in strikes on Syria, it would be via two submarines at most and a handful of RAF strike jets, a gesture designed primarily to give the USA greater political legitimacy. If Mr Cameron wonders why Britain is now a diminished player in international affairs it is because his government made it so.

Elderly, but still effective in today’s hardball defence diplomacy, the Russian strike carrier Kuznetsov, which is preparing to deploy off the coast of Syria. Photo: Russian Navy. 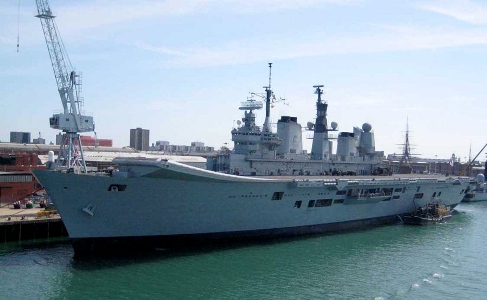 HMS Ark Royal in April 2010: Recently modernised, the RN Flagship was, like her strike jets, ready for missions around the world. Just months later the Cameron government discarded her and today Britain has no strike carrier capability. Photo: Iain Ballantyne. 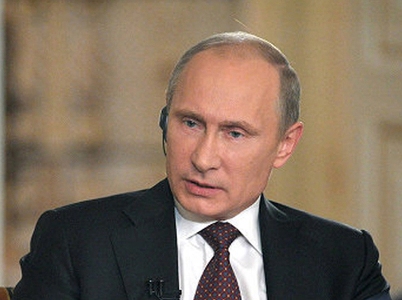 President Vladimir Putin, taking a hard line against Western military intervention in Syria. Photo: Office of the President of Russia.

LIGHTER THAN AIR EYES IN THE SKY